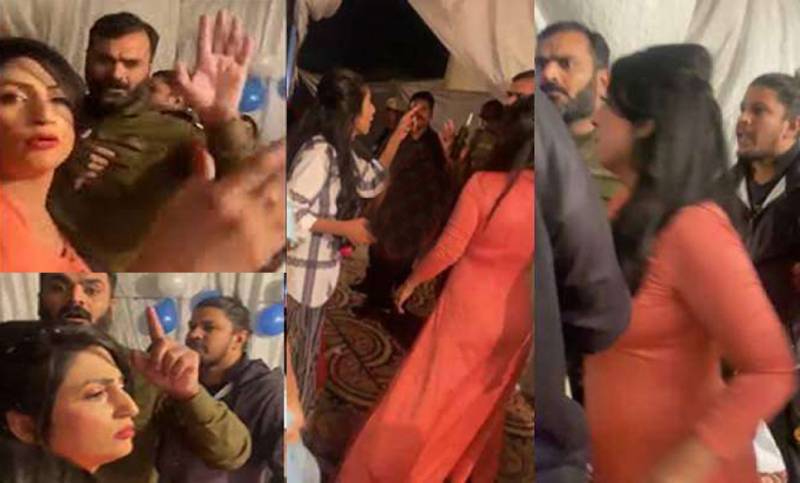 LAHORE – Punjab police booked stage actor Dua Chaudhry as the latter along with her accomplices stormed into Green Town police station and got two suspects freed after they were arrested for violating the Punjab Sound Systems (Regulation) Act.

Reports in local media quoting law enforcers said a case was lodged against the famed stage actor and accomplices under various charges.

The FIR was registered after Chaudhry along with accomplices entered Green Town police station almost an hour after the police raided her party and they attacked cops. The attackers tore the uniform of constable Gohar Ayub.

The group after assaulting cops started filming police resistance while cops failed to stop the attackers due to the nonavailability of any policewoman. Chaudhry and other fellows also warned to move to the higher forums if deployed policemen even ‘touched’ them, the cops told media.

The development comes after police raided the party organized by Dua and nabbed two employees Adnan Tariq and Abdullah from the venue. Police reportedly took action after the locals complained of violations.

Later, Dua fled with her two employees, and the FIR was registered under the provisions of interference in public affairs, violation of the Loudspeaker Act.