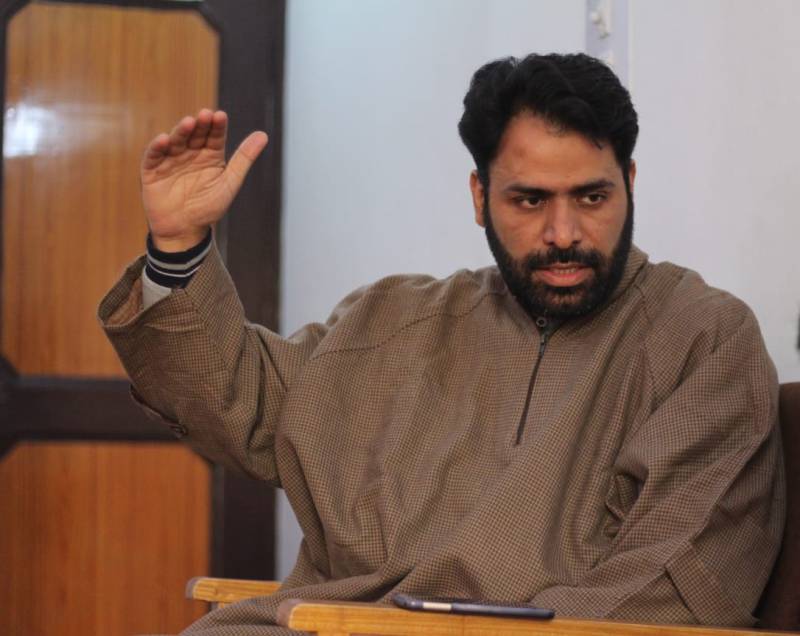 Reports in international media said Khurram Parvez, a prominent human rights activist in Indian-occupied Kashmir, was illegally apprehended after hours-long raids at his residence in the provincial capital.

The 44-year-old human rights activist is the program coordinator for the Jammu Kashmir Coalition of Civil Society, and a group that monitored human rights violations in the caged valley.

Earlier, the agency conducted raids against people in IIOJK, including activists such as Parvez and media personnel. Indian officials claimed to investigate the groups and individuals that were raising funds for separation activities.

Parvez’s arrest came after tension in occupied Kashmir. The region witnessed furious demonstrations after the deaths of two businessmen during a raid by security forces at a shopping complex.

Forces said the two civilians were killed in the crossfire during a gunfight with suspected militants and they also buried them in haste while local leaders, including Mehbooba Mufti, accused police of using the men as human shields during the shootout.

I’m hearing disturbing reports that Khurram Parvez was arrested today in Kashmir & is at risk of being charged by authorities in #India with terrorism-related crimes. He’s not a terrorist, he’s a Human Rights Defender @mujmash @RaftoFoundation @GargiRawat @NihaMasih pic.twitter.com/9dmZOrSwMY

In 2016, the arrested Kashmiri activist was stopped from leaving the country to participate in a session at the United Nations Human Rights Council in Geneva and arrested later.