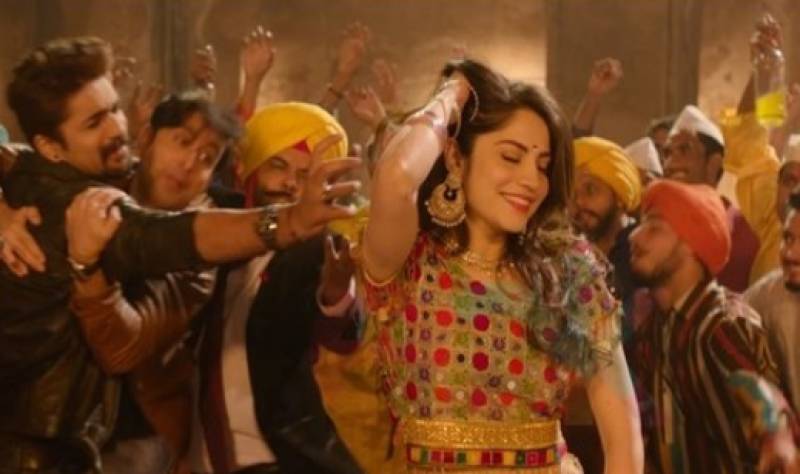 Neelum uploaded a video of her ‘item’ song on Twitter with the caption, “I did this song only because this movie is a very special project”.

She added: “Perhaps this is the first and last item song of my life. But you all should know that whatever I do, I own it and I do it with pride. Pakistan key liey mari Jan hame shahazir hey (I will do anything for the sake of my country). I’m sure you all will go and watch this movie. Enjoy Kaaf Kangna!” concluded the star. 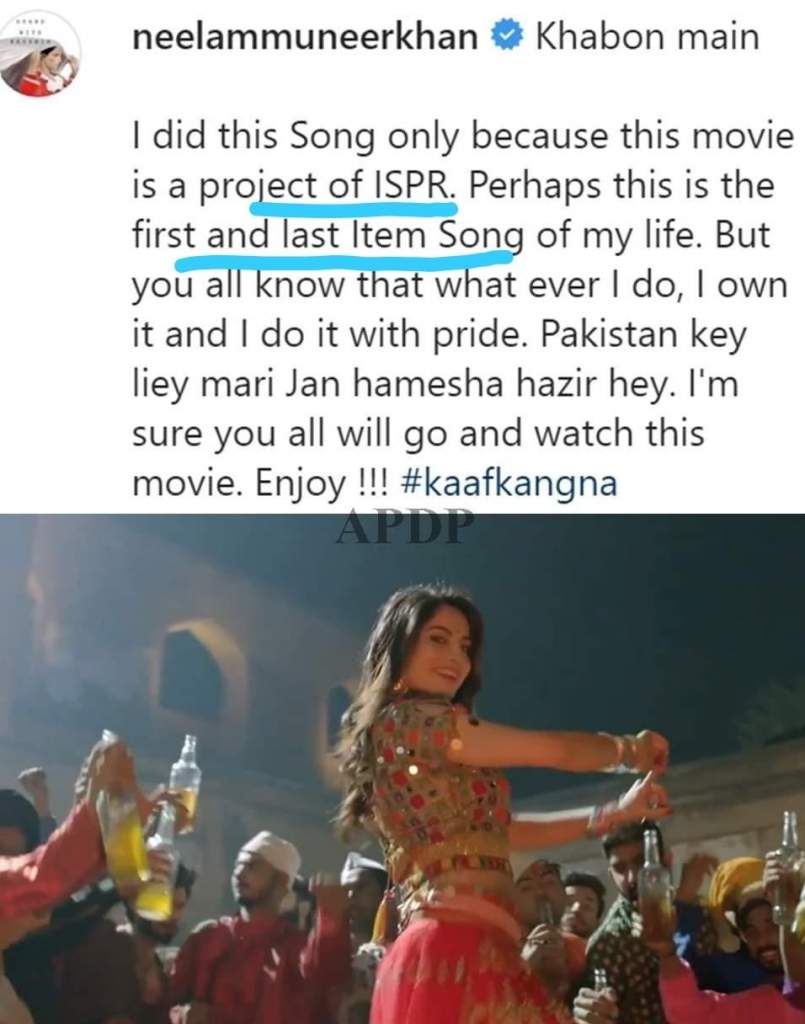 It is expected that the upcoming film will be released by the end of October and its schedule will clash with Durj by ShamoonAbbasi.

The movie stars Sami Khan, EshalFayyaz and Ayesha Omar in the lead roles. The story is about a rich girl from India who falls in love with a boy from Pakistan.

“I hear there’s trolling going on social media… look, everybody has the right to express their own opinion. Personally, I feel that you can’t judge a movie based [solely] on the trailer,” said Ayesha.