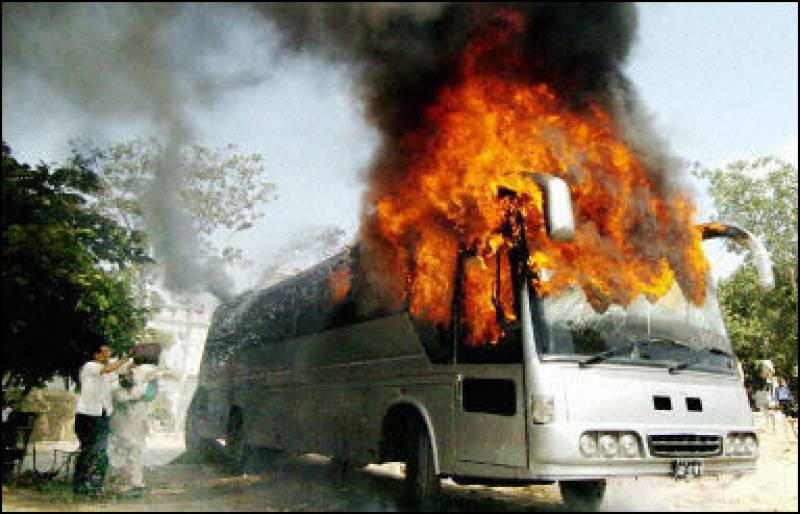 The bus was traveling from Quetta to Karachi when the incident took place.

The reason behind the fire eruption has not confirmed yet, a rescue official said.

The bodies and injured people have been shifted to the district hospitals of Wadh, Bela, and Khuzdar.