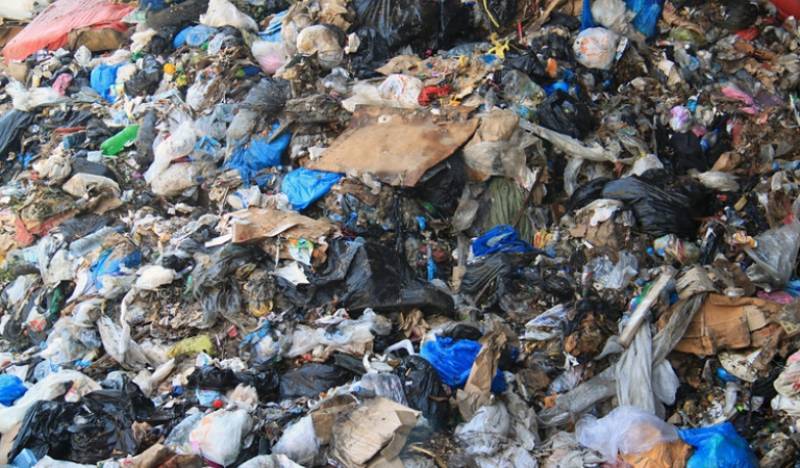 LAHORE - A recent study that was jointly conducted by nine Pakistani and Chinese scientists has unveiled a fungus which feeds on plastic in a rubbish dump located in the federal capital.

Dr Sehroon Khan, the leading author of the study said: “We decided to take samples from a rubbish dump in Islamabad, to see if anything was feeding on the plastic in the same way that other organisms feed on dead plant or animal matter”.

Polyurethane is used to manufacture a huge variety of everyday objects and components, including tyres, condoms, hoses, supermarket trolleys, car suspension bushings, and some glues.

The research team tested the fungus' ability to degrade polyurethane in three different ways – on an agar plate, in liquid, and after burial in soil.

The results showed that the level of degradation of the plastic in the agar medium was the highest.

The study abstract said: “Notably, after two months in liquid medium, the PU film was totally degraded into smaller pieces.”

“Our team’s next goal is to determine the ideal conditions for fungal growth and plastic degradation, looking at factors such as pH levels, temperature and culture mediums”, said Dr Khan of the World Agroforestry Centre and Kunming Institute of Biology.

“This could pave the way for using the fungus in waste treatment plants, or even in soils which are already contaminated by plastic waste.”

Last year a study published in the journal Science by researchers from Kyoto Institute of Technology and Keio University, revealed a new species of bacteria that appeared to break down polyethylene terephthalate (PET) which is widely used in the manufacture of plastic beverage bottles.

According to the World Economic Forum, the fungus lives in soil but researchers say that it can also survive on plastic surfaces.