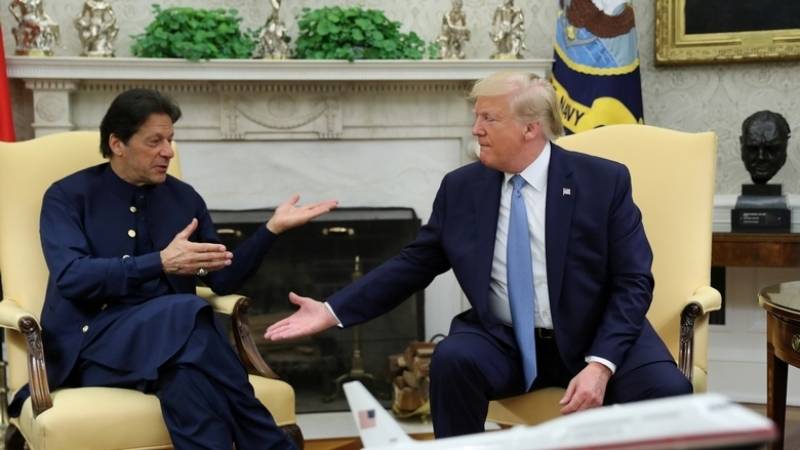 ISLAMABAD – Prime Minister Imran Khan is to hold an important meeting with United States President Donald Trump today during which the deteriorating situation of peace and human rights in the Indian-occupied Kashmir (IoK) is expected to come under discussion.

It will come a day after Donald Trump attended a rally organised by Indian prime minister Narendra Modi amid massive anti-India protests in the city of Houston.

This would be second meeting between the two leaders since July when the US president offered to mediate on Kashmir dispute.

Trump also held telephone talks with the leaders of Pakistan and India in August amid the lockdown in the Indian held Kashmir.

Today, the prime minister will also meet with his British counterpart Boris Johnson over breakfast, and later Chinese Foreign Minister Wang Yi will call on the PM.

The prime minister will also address the Council of Foreign Relations today. The premier is scheduled to speak at the United Nations Climate Action Summit 2019 in New York as well.

MOSCOW – US President Donald Trump announced Sunday that the first-ever joint exercise of three US and Indian ...