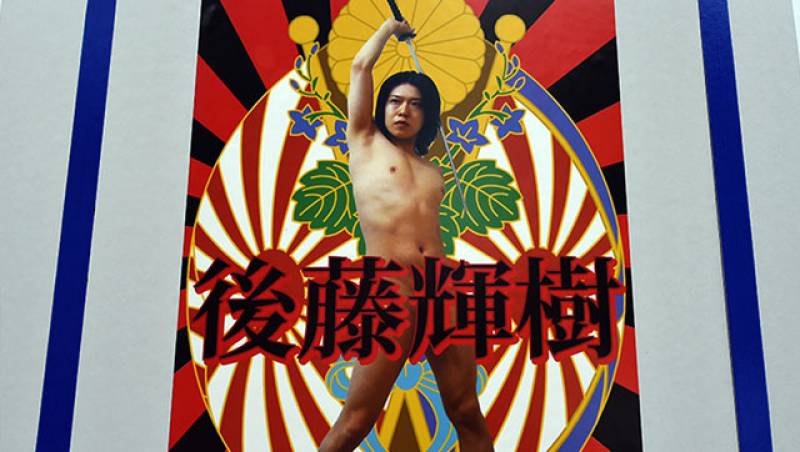 TOKYO (Web Desk/Agencies) – A naked nationalist leader is stirring up election billboards in Japan, offering a bit of colour – and a lot of flesh – to get out the vote.

Right wing leader Teruki Goto is pictured on his campaign poster in his birthday suit, wielding a samurai-style sword in front of two Rising Sun flags and the imperial chrysanthemum crest.

A strategically-placed stroke of one of the kanji ideographs that make up his name covers his modesty.

Elections in Japan tend to be very staid affairs: candidates' campaigns generally consist of them wearing a sash bearing their name as they stand outside train stations greeting commuters - most of whom do their best not to make eye contact.

Each candidate is allowed to print a limited number of flyers while their posters - usually formulaic headshots with a vacuous slogan along the lines of "Making things better" -must be corralled on huge election noticeboards, alongside everyone else.

Add in Japan's tendency to avoid controversy, even in matters of running the local council, and Goto's campaign for a seat on the assembly of Chiyoda ward in Tokyo certainly catches the eye.

It does not, however, fall foul of the law, which it seems did not envisage this kind of thing.

The use of nude photos for election campaigns is not banned under the country's election law as "only false information or anything related to influence peddling is prohibited," an election official said.