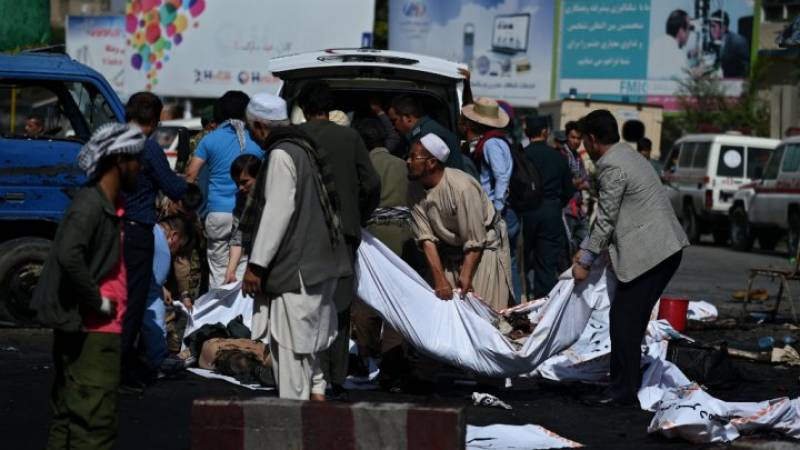 KABUL - Twin suicide blasts targeting a large protest by the Hazara community, a Shi'ite minority group, in the capital killed at least 80 people and injured 236 others on Saturday (today).

Members of the Hazara community had gathered near the Afghan Parliament building and Kabul University to protest the change in route of a 500kV power transmission line project from Turkmenistan to Kabul, which will no longer pass through Bamyan and Wardak provinces, both areas with large Hazara populations.

An Islamic State (IS) website said "Two fighters from Islamic State detonated explosive belts at a gathering of Shi'ites in... the city of Kabul in Afghanistan."

The explosions could deepen long-standing sectarian and ethnic divisions in Afghanistan.

The militant group the Islamic State has, over the course of its meteoric rise to prominence, been known to exploit existing divisions in the Muslim world to fuel its cause, having done so with brutal efficiency in Iraq and Syria.

A health ministry spokesperson has said that the death toll from the blasts could rise further.