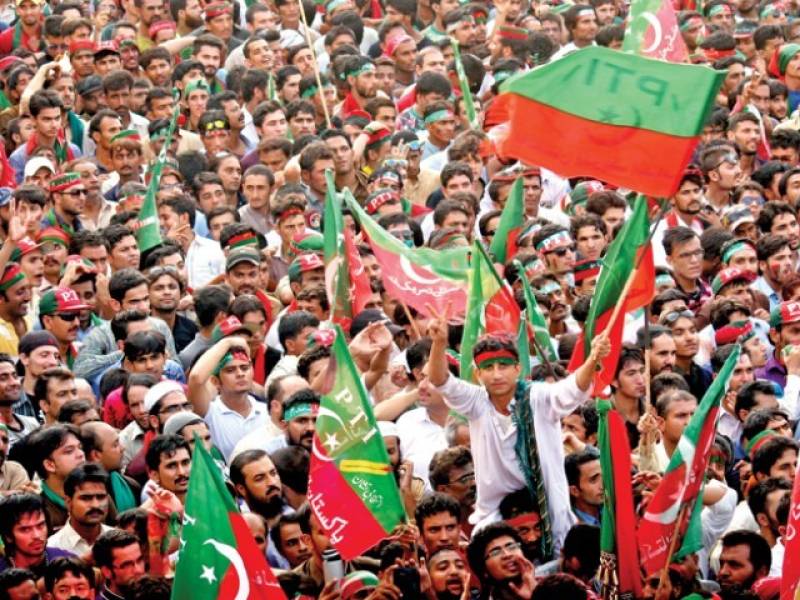 ISLAMABAD (Staff Report) - Pakistan Tehreek-e-Insaf is set to show off political muscles on its 20th foundation day in a rally at Islamabad's F-9 sector park on Sunday (today).

The party workers and leaders from across the country have started reaching the rally site, while the formal procession is scheduled to begin at 5:00pm.

According to a statement, strict security arrangements have been made in the federal capital to avoid any unusual incident. Federal Interior Ministry has advised the participants to stay calm and cooperate with administration.

The attendants will only be allowed to gather at specified location and nobody will be permitted to march towards any sensitive building in Islamabad, according to Islamabad Administration. In any such case, the PTI leadership will be held responsible of consequences.

The rally comes at a time, when PTI chairman Imran Khan has threatened the PML-N government of a march towards Raiwind residence of Prime Minister Nawaz Sharif if the government did not form an inquiry commission to investigate into the Panama Papers allegations against Sharif Family.

In an address to nation on Friday, Prime Minister Nawaz Sharif had announced to write a letter to Chief Justice of Pakistan for formation of a judicial commission, however PTI has displayed disagreement with the terms of reference of the proposed commission.

Imran Khan is now expected to announce his party's strategy in today's rally.

PTI was founded by Imran Khan on April 25, 1996 in Lahore, along with Naeemul Haque, Ahsan Rasheed and Hafeez Khan. PTI did not achieve immediate popularity and in 2002, Imran Khan ran for National Assembly Elections and got elected but party failed to secure any other seat.

The 2008 elections were boycotted by PTI and during the rule of PPP the popularity of Imran Khan and his political party PTI touched new heights, which was witnessed in a huge rally at Lahore's Minar-e-Pakistan.

In the 2013 elections results emerged as third major political party of Pakistan after PML-N and PPP. The party formed provincial government in Khyber Pakhtunkhwa. It bagged over 70 lakh votes, becoming the second largest party in Punjab and Karachi.