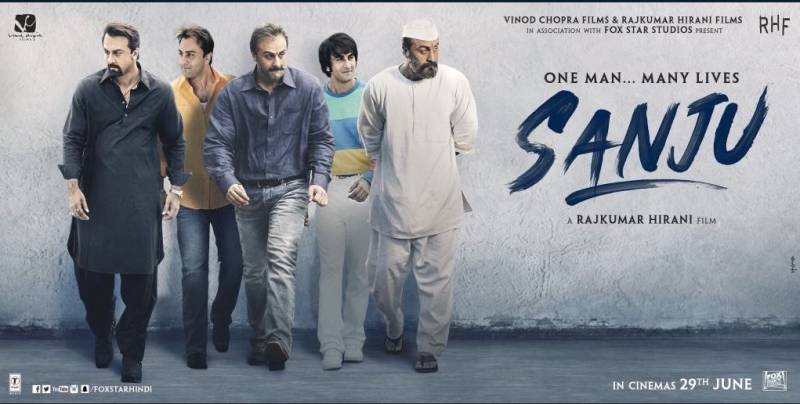 There are not a lot of excellent biopics that can be seen in Bollywood, but that may soon change as filmmaker, Rajkumar Hirani is set on covering the life and exciting experiences of legendary actor Sanjay Dutt onto the big screen.

The teaser for 'Sanju' has been released and here's a look at it;

It looks like the film will be as much a roller coaster ride as Sanjay Dutt's actual life whether it is the heartbreaking incident of losing his mother pretty early on or his time in jail.

Ranbir Kapoor is set to star as the main lead while other actresses such as Sonam Kapoor, Manisha Koirala and Dia Mirza are also to be a part of the film. Ranbir Kapoor may be a well seasoned actor, however, he has done mostly lover boy, comic roles till now and this will be his first biopic.

Several reports suggest that Sonam Kapoor's character could be based on Madhuri Dixit however the makers have made no official comments.

Actress Manisha Koirala is yo play the role of Dutt's mother and iconic actress, Nargis. This is really interesting since Koirala has herself battled with ovarian cancer, drawing a parrallel to Nargis who succumbed to pancreatic cancer in 1981.