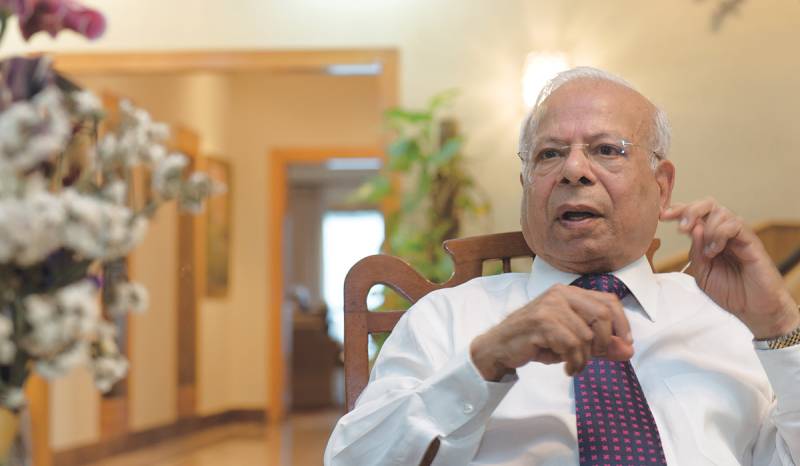 ISLAMABAD - The Pakistan Tehreek-e-Insaf-led government is mulling to eliminate the concept of 'superior services' in the country to introduce a new induction process for aspiring bureaucrats.

Dr Ishrat Hussain-led Task Force on Civil Service Reforms has finalized proposals for cabinet consideration and if green-lighted by the cabinet, it would wipe off the existing CSS examination system.

According to a report published by The News on Wednesday, participants at a donors meeting in Islamabad were also briefed about the proposals last week.

The body emphasized that the concept of 'Superior Services' is being replaced by equality among all cadres and non-cadres of public servants.

Well-placed sources disclose that the present CSS exam system would be changed in a manner that instead of single general examination for all cadres and services, the concept of specialised bureaucracy would be introduced.

As per the proposals, four streams or clusters would be introduced to ensure that the candidates with specialized qualification join the specialised service.

The proposals finalised by the task force for cabinet’s consideration suggest revised induction process for the entry-level to civil service to test analytical ability, domain specific knowledge and aptitude of candidates.

If given a go-ahead, the CSS exam would be conducted in four phases:

PTI government is believed to be mulling over civil service reforms to introduce open, transparent, merit-based recruitment at all levels, performance-based career progression for all public sector employees, equality of opportunities for career advancement to all employees; grant of living wage and compensation package including decent retirement benefits to all civil servants, and strict observance of tenure protection of office for a specified period of time.

Although the cabinet would deliberate over the reforms about the induction process soon, it has already approved six reforms including:

1) Security of tenure of civil servants. The tenure will be two years extendable to three years with six-month performance review period.

2) Appointment process for the postings of federal secretaries through Selection Committee comprising Ministers and Secretaries to be chaired by Adviser on Establishment.

3) Selection process of CEOs for key public sector enterprises. These appointments will be made through open and transparent process by involving selection committees formed to propose a panel for the appointment of heads of PSEs. The Selection Committees would comprise Minister in charge, Secretary, one to three experts with domain knowledge.

The proposals come at a time when the qualifiers for the previous year are awaiting final results with bated breath.