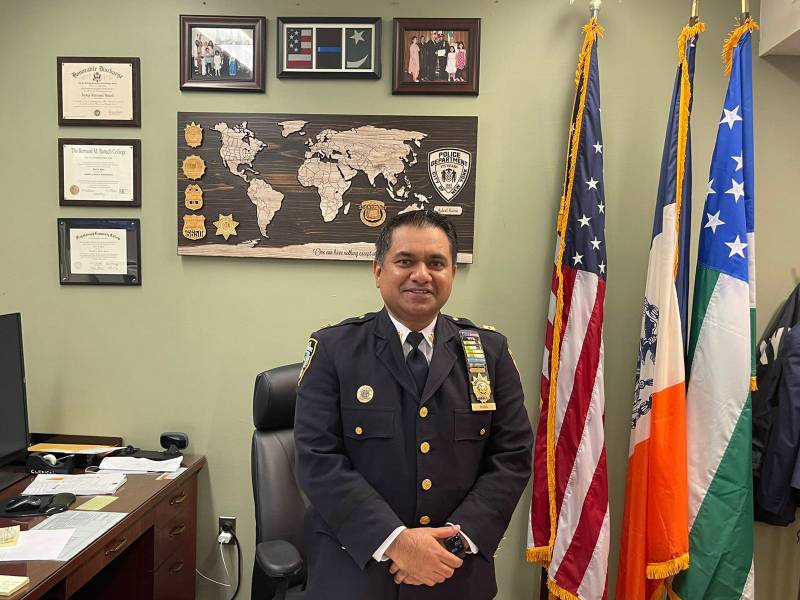 Rana, who previously held the position of Precinct Commanding Officer, was elevated on Wednesday.  Pakistan Embassy in the US also shared the development in a tweet, felicitating Rana for the attainment.

NYPD department Muslim Officers Society also took to the microblogging platform to share a clip from the ceremony in which he was promoted to the rank of deputy inspector.

WOW 😲 what a great show of support for our president @AdeelRanaNYC who was promoted to #NYPD #DeputyInspector today with such warm congratulations. The first #Pakistani #American to achieve that We are all proud of you always working in connecting community and police@NYPDnews pic.twitter.com/tj9m0zRJs5

In the clip, many of his co-workers of the US law enforcement agency in attendance could be heard cheering as he was named deputy inspector.

The new deputy inspector of NYPD also made history in 2020 when he became the first Muslim American to be appointed as a Precinct Commanding Officer. Expressing joy over the advancement, he said it was an honor to be able to lead some of the best men and women from a great department.

WASHINGTON – Dilawar Syed, a Pakistani-American, has been nominated by US President Joe Biden as the deputy ...