Sheikh Rasheed goes under the knife on public expense 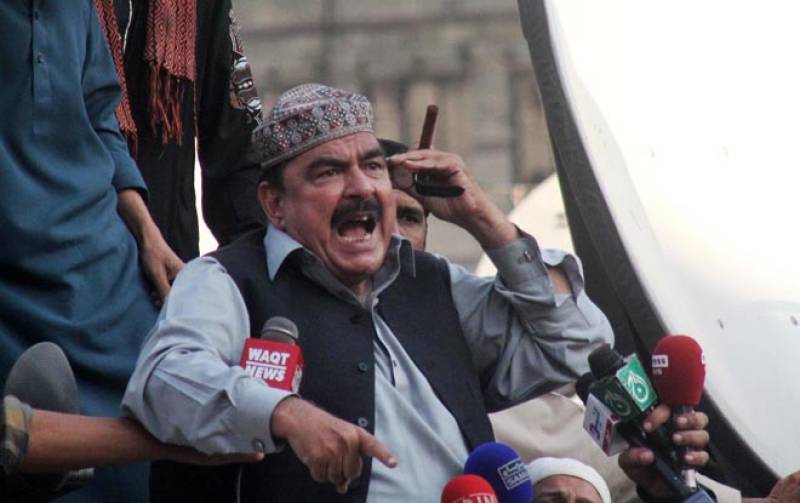 The 67-year-old politician was taken to a private hospital in Rawalpindi after he complained of severe pain in his abdomen, where a team of doctors removed the tube.

The cost of treatment will be paid by National Assembly as the MNA from Rawalpindi has not resigned despite a public announcement last week.

“I was determined to tender my resignation to National Assembly Speaker Ayaz Sadiq, but Imran Khan stopped him from doing so,” the AML chief said at a press conference on Tuesday.

“I was ready to resign but Imran Khan told me to wait for seven to eight days,” he stated.

His statement came a week after the AML chief not only announced his decision to resign from the National Assembly seat he was elected on but also demanded the Pakistan Tehreek-e-Insaf chairman and others do the same to create pressure on the ruling PML-N.

“I resign from the assembly. Come Imran Khan, you also tender your resignation,” the AML chief said at the rally held last Wednesday to seek justice for the Model Town tragedy at Lahore’s Mall Road, after repeatedly cursing the Parliament.