Punjab decides not to celebrate basant this year 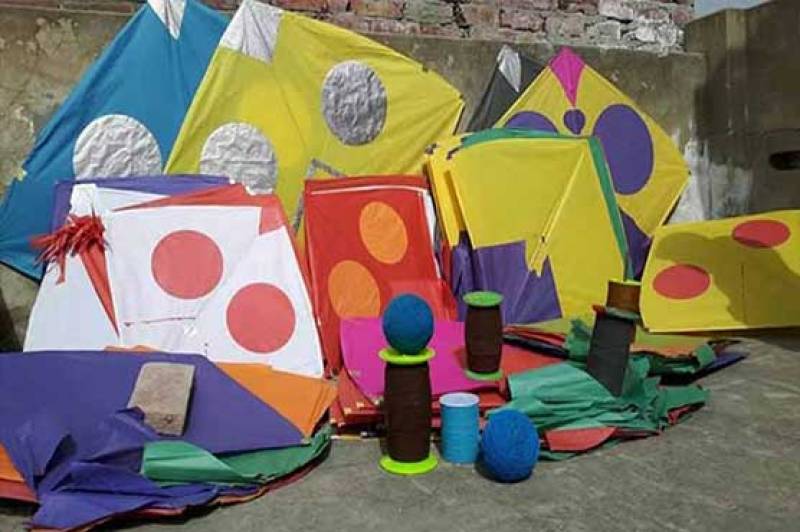 LAHORE – The PTI’s led provincial government has decided, on Wednesday, not to celebrate basant festival this year in Punjab and directions have given by a senior minister to inform the High Court in this regard

In a high-level meeting chaired by Punjab Senior Minister Abdul Aleem Khan, it was decided that the Court would be explained in detail about the facts and apprehensions based upon the decision.

LAHORE - The Lahore High Court on Friday issued notices to the Punjab government and other official respondents on a ...

The provincial senior minister directed the authorities to start planning on next year’s preparations to celebrate basant.

He indicated that if required new legislation can also be made with strict laws for the celebrations in which registration of stuff sellers may be undertaken and violators should be bring into the book as well.

He said that with the proper help of relevant institutions, four to six months are required for proper preparations of basant in the province.

He said such activities can be held for the promotion of soft image of Pakistan which will also be beneficial to boost business activities in the region.

LAHORE - The Punjab government has informed the Lahore High Court that the decision to revive the Basant festival was ...

Earlier, a law officer had informed the Lahore High Court (LHC) that the government’s committee on basant would submit its recommendation within two weeks as the decision to allow kite flying was pending.

Advocates Safdar Shaheen Pirzada, Sheraz Zaka and others had filed the petitions in public interest, terming the kite flying as a deadly activity which could not be allowed at the cost of citizens’ fundamental rights.

The petitioners also challenged the Punjab Prohibition of Kite Flying Ordinance 2001 under which the government enjoyed discretionary powers to permit kite-flying activities.

They said that the Supreme Court of Pakistan had declared the kite-flying and Basant celebrations a violation of the fundamental rights in its 2006 judgment.

LAHORE – A petition on Wednesday filed in the Lahore High Court (LHC) against the Punjab government's decision to ...

They further asked the court to declare null and void the section 4(1) and 4-B of the ordinance, which empowered the government to permit the kite-flying.

Justice Aminuddin Khan allowed the petitioners to implead the Kite Flying Association in the case and adjourned the hearing till Jan 24 for further arguments.

Basant, a kite-flying seasonal festival of the Punjab region, has been celebrated for generations. It is held in late January or early February and marks the start of the spring season.

Lahoris had been enjoying the festival from decades, however, due to loss of lives the festival was discontinued officially. The Punjab government led by Shehbaz Sharif had also tried to revive the festival, however, the plan could not be materialized.