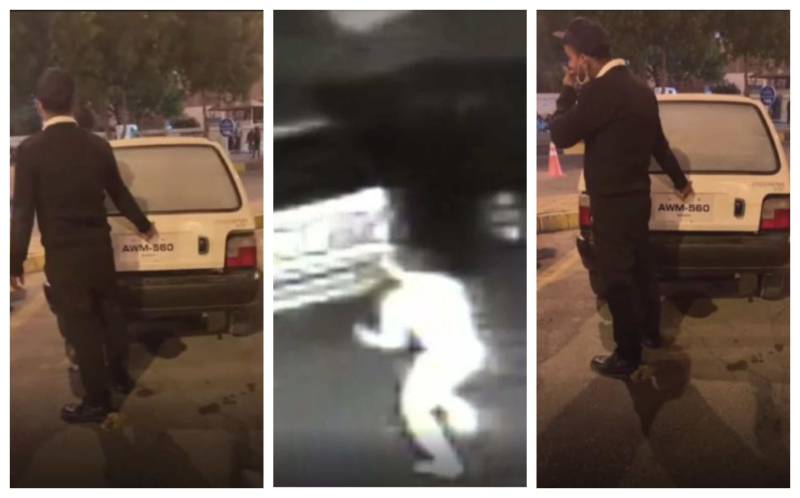 KARACHI – In a mysterious incident in Sindh capital, a naked and tortured man recovered from the trunk of a hatchback car outside a renowned shopping mall in the Clifton area.

The trapped victim cried for help after which a number of people gathered around the vehicle to help him.

Once the crowd gathered around the car registered with a plate of AWM560, the security personnel of the mall arrived at the spot and prevented them from doing so. They cordoned off the area and called the police to arrive.

According to the eyewitnesses, the naked man was not mentally stable and tortured. He smelled as if he was there for 3-4 days inside the car’s trunk.

There is no update about the owner of the vehicle neither about the identity of the recovered man.

LAHORE - This man had decided that it was too hot and so was riding around naked! Yep folks, you heard that right! This ...

The shopping mall falls within the vicinity of the Boat Basin police station and police have not released a statement on the matter yet.