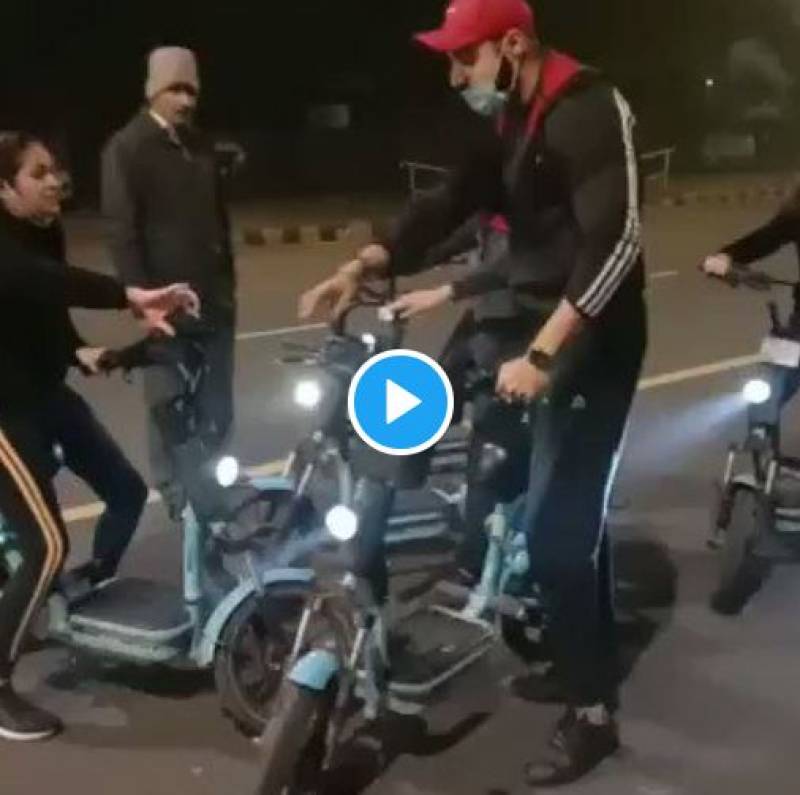 NEW DELHI – Six people, including three women, were arrested after a passer-by spotted them chanting “Pakistan Zindabad” (long live Pakistan) while riding electric cycles at 1am on a road in New Delhi.

The passerby filmed them and reported them to the police who arrived immediately and detained them. After questioning, a senior police officer told reporters that they were tourists, apparently from the UK, who had come for sightseeing at India Gate. They had rented electric bikes and, for fun, had named each other after different countries. At the time the passer-by witnessed them, they were chanting “Pakistan Zindabad” to cheer the one they had named Pakistan.

The passer-by’s concern for the innocent chanting of Pakistan’s name that ended up ruining the group’s fun and the police’s prompt arrival shows just how much anti-Pakistan hate and extremism is rampant in the Indian capital.