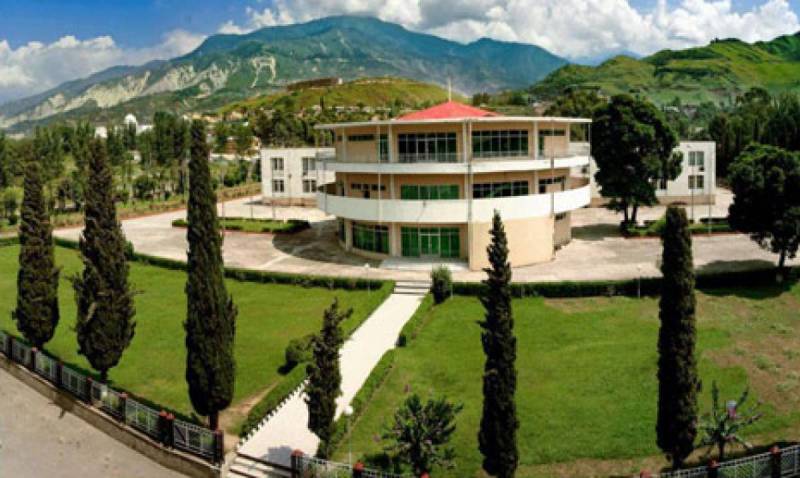 MUZAFFARABAD – More than three people will exercise their right to vote to elect their representatives for Azad Kashmir Legislative Assembly for the next term amid tight security and safety arrangements tomorrow (Sunday).

Voting will begin at 0800 hours and continue till 5:00pm with no break, according to election officials.

The AJK Election Commission has finalised all arrangements to hold free, fair, and transparent elections. All out security arrangements have also been made so that voters could cast their vote in a peaceful manner without any fear and pressure.

Kashmiris living in any city of Pakistan will exercise their vote to choose their candidates on 12 constituencies meant of Jammu and Kashmir refugees settled in various parts of Pakistan.

More than 40,000 security personals including Army, FC, Rangers and Police will perform election duty to ensure peaceful polling. A total of 5,118 polling stations have been set up in all three divisions, Muzaffarabad, Poonch, and Mirpur. Out of the total, 830 polling stations are very sensitive while 1269 are sensitive.

Following the polling, all divisional and district government offices will remain open today (Saturday) and tomorrow. The election scheduled for 8 reserved seats will be announced after the general elections.

On the other hand in Punjab, all necessary electoral, administrative and security arrangements have been finalized to ensure holding of free, fair and transparent Azad Jammu and Kashmir elections on nine seats reserved for Kashmiri refugees tomorrow, according to the state broadcaster.

A total of 9194 registered voters will use their right of vote in these two Lahore constituencies, where 25 polling stations have been set up.

Strict security measures will be taken and under the finalized security plan to ensure peaceful polling environment and avoid any untoward incident at polling stations.

Corona related SOPs will also be strictly implemented inside and outside all polling stations in the province.

According to a survey of Gallup Pakistan, Pakistan Tehreek-e-Insaf (PTI) has emerged as the most popular party in Azad Jammu and Kashmir (AJK).

Forty-four percent in the region think that PTI will win the election tomorrow (Sunday) while PML-N has 12 per cent and PPP 9 per cent popularity.

Both PML-N and PPP have collective 21 per cent popularity as compared to 44 per cent of PTI.

According to the survey, Prime Minister Imran Khan appeared as the most trusted political leader in the survey with 67 per cent positive rating, Bilawal Bhutto with 49 per cent followed by Shehbaz Sharif with 48 per cent.

Maryam Nawaz has only 44 per cent popularity.

Moreover, mostly Kashmiri people were of the view that tomorrow election would be free transparent and fair.