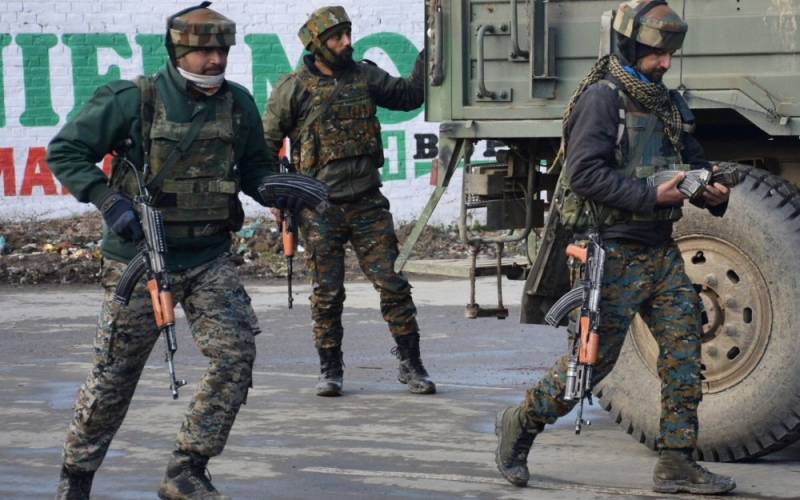 The youth were martyred during a violent cordon and search operation in Bandipora and Sopore, KMS reported.

The Indian forces have blocked all entry and exit points of the areas, besides suspending internet services.

Meanwhile, an Indian soldier was killed in a mine blast along the Line of Control in Mankot sector of the occupied valley’s Poonch district.

Chairman of Pasban-e-Hurriyet Jammu and Kashmiri, Uzair Ahmed Ghazali, in a statement issued in Muzaffarabad paid tribute to the martyred youth. He deplored that the Indian troops killed the two innocent Kashmiri youth on the auspicious days of Eid-Al-Adha which showed their hatred against the Kashmiris.

Meanwhile, US Secretary of State Antony Blinken, who is scheduled to visit India next week, will raise issues encompassing human rights and democracy with top Indian officials.

This was stated by the US Acting Assistant Secretary for South and Central Asian Affairs, Dean Thompson, while talking to reporters in Washington.

Thompson has not specified the issues but India's suppression of Kashmiri people, especially after the 5 August 2019 military siege of the disputed state, has been a top international human rights concern.