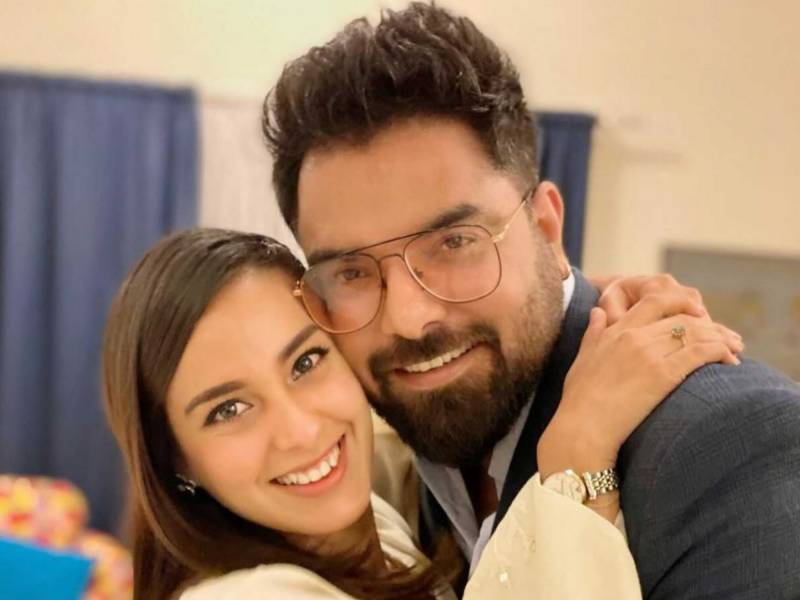 Iqra Aziz and Yasir Hussain’s little family grew to three a day earlier after they were blessed with their first child, baby boy named Kabir Hussain.

Amid congratulation for the star couple, the new parents also shared their feelings on the birth of their child.

The new mom took to Instagram and shared a photo with the newborn but she was short of words to explain her emotions. So, she captioned the post as, “Can’t Explain the feeling Alhamdulillah”.

The Karachi Se Lahore actor is also in the air over the birth of Kabir Hussian as he shared an adorable photo with his son.

Yasir Hussain captioned the post as, Thankyou @iiqraaziz . Allah ne Aurat ko jo maqaam ata kia hai us ki wajah ab samajh mai aai hai. [Now I understand the reason for the status that Allah has given to the woman].

The couple had announced earlier that the baby was going to be arriving in July 2021.

Congratulations are in order as the much-adored celebrity couple Yasir Hussain and Iqra Aziz has welcomed their first ...