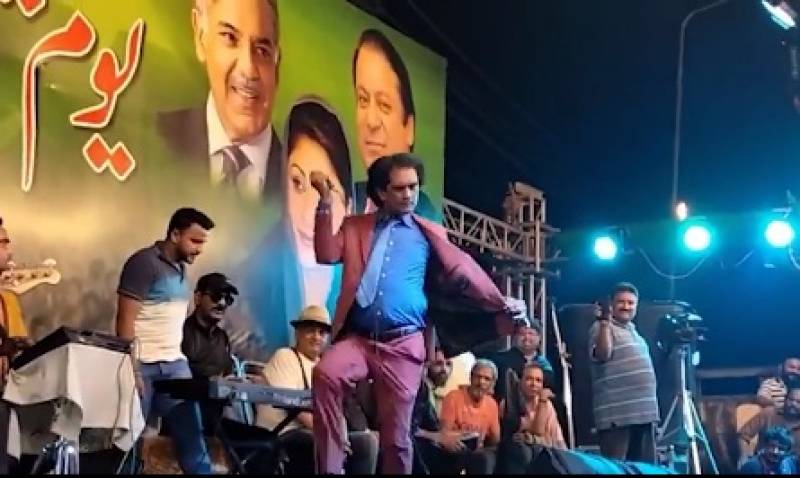 The political gathering, which is being termed as fail by PTI leaders on social media, comes after the Supreme Court limited the powers of Hamza Shahbaz as chief minister while hearing a petition against the runoff election for the CM slot.

The PML-N’s power show, however, is getting viral on social media for some funny reasons after a local artist gave a bizarre performance to charge the crowd. The singer attempted to copy veteran pop singer Michael Jackson to enthrall the audience, however, his performance has sparked meme fest and left social media users in fits.

What is this behavior PMLN
Who is this namoona😂😂#LibertyChowk pic.twitter.com/QNiquetpZj