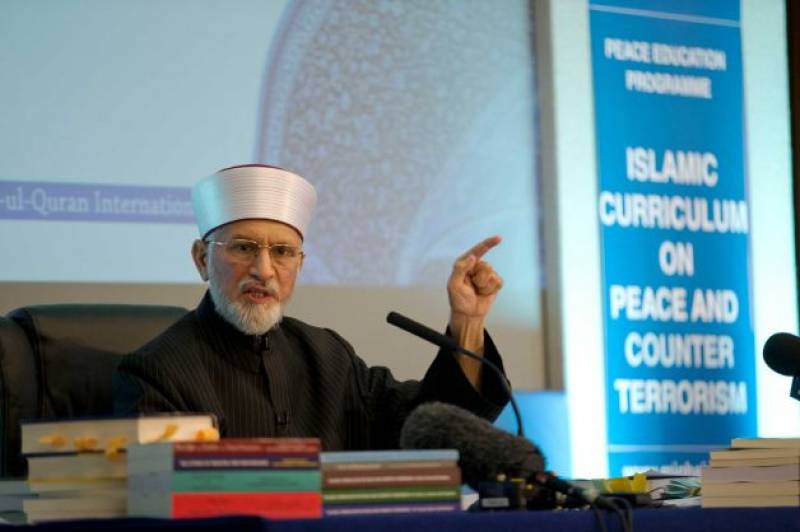 On Tuesday, Dr Qadri said he wanted his 900-page curriculum, containing theological and ideological arguments to undermine extremists, to be taught not just at mosques and Islamic institutions but at schools across Britain.

“We want to make clear that all activities being carried out by ISIS or any other terrorist and extremist organisation either in the name of God or religion or establishing any kind of state by acts of violence … are totally in violation of the Quran and Islam,” he told Reuters.

The launch of the curriculum comes after Prime Minister David Cameron called on Muslim communities to do more to stop young people being radicalised by groups such as ISIS, saying some Muslims were quietly condoning extremist views.

Cameron’s comments came after a 17-year-old from northern England blew himself up in Iraq in an ISIS suicide attack and three sisters are believed to have travelled to Syria with their nine children.

About 700 Britons are estimated to have travelled to Syria and Iraq, many to join ISIS.

“The children who are going to ISIS and fighting over there and leaving the comforts of their own British society, they are going to hell,” said Qadri, who five years ago issued a fatwa declaring that terrorists and suicide bombers were unbelievers.

“They are our children. They are our sons and daughters. We have to save the future of mankind.”

Experts and politicians argue the slick, online propaganda of ISIS is seducing and radicalising young people in their own bedrooms.

Asked how his academic work could counter this, Qadri, head of the global Minhaj ul-Quran organisation, said 50 young Britons and 50 others in the rest of Europe were being trained to take his narrative online.

“This will be a two-way war, not only through books in the study circles, mosque and schools, but on social media too,” said Qadri who plans to take his curriculum to Pakistan, India, across Europe and to the United States.

Sayeeda Warsi, a former minister under Cameron and the first Muslim to serve in a British cabinet, told an audience of imams, police, politicians and academics that the government should consider using the curriculum in all schools.