Saudi Arabia’s generational swing: Nayef is out, Prince Mohammed is in 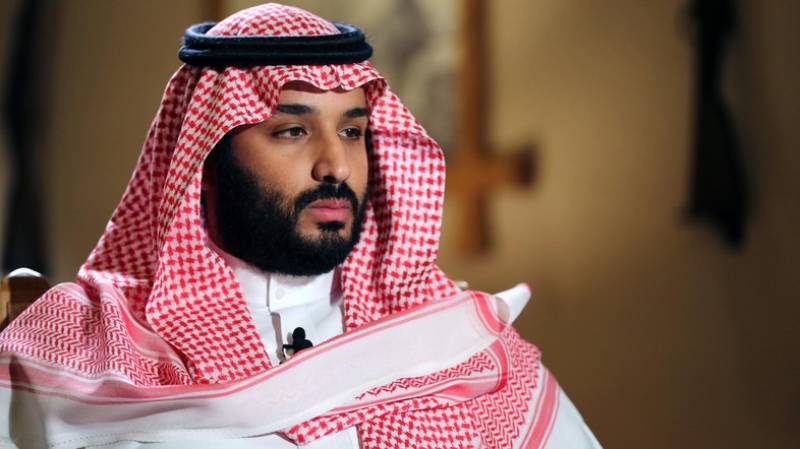 The youngest Crown Prince in the country’s history will continue to hold the portfolio of Ministry of Defense. Prince Nayaf has not only been relieved from the position of Crown Prince  but has also lost the positions of the Deputy Prime Minister and Interior Minister. As per the information available so far, the decision is anything but rash sacking of the highest profile official of Saudi Arabia after the king. What appears to be a well-thought-out and mutually agreed upon decision spells smooth transfer of power in the kingdom’s power circles to the younger lot.

The videos released by the government show Prince Mohammed kissing his elder cousin’s hand and bowing to his knees in respect. Nayaf’s body language is affectionate. Owing to his extensive experience as the country’s Chief of Intelligence and Home Affairs, he is regarded as the prince of counter-terrorism. Some Arab analysts believe that the former heir to the throne was the most pro-American royal in the power circles. The view is not widely seconded within Saudi Arabia though.

After graduating from Lewis & Clark College in Portland, Oregon in the late 1980s, Nayef studied at the Federal Bureau of Investigation (FBI) before assuming the portfolio of the Interior Ministry back home.

The Kingdom seems to be readying up to deal with a different set of challenges ranging from ambitious economic reforms, which include large-scale privatization and taxation, diversion from petrochemicals to other sources of revenue, and increasing the involvement of the youth in the state’s affairs. Sixty percent of the country’s population is less than 30 years of age, and does not aspire much for public sector roles, or to some extent, employment at all. Besides, KSA is fighting the Iran-sponsored proxy war lodged by Houthi militia in Yemen, which is armed with every thing from drones to missiles and speedboats. More recently, Saudi Arabia along with Bahrain and the United Arab Emirates imposed harsh sanctions on neighboring Qatar over its alleged support to Muslim Brotherhood (Ikhwanul Muslimoon) as well as using its state-funded channel Al Jazeera to propagate dissent and disruption in the Middle East.

Deeply hated by Iran’s regime for his blunt critic and preemptive strategy, Mohammed bin Salman (nicknamed MBS) is known as the face of reforms in the Kingdom. The author had predicted two years ago in a television interview that the post of deputy crown prince is a stopgap measure to present the young Saudi leader to the world and, within years, he would be the heir to the throne. Now that the path to the crown has been cleared, King Salman may become the first Saudi monarch in history to have abdicated the throne in favour of his successor. Qatar’s Hamad bin Khalifa Al Thani took a bold decision in June 2013 by crowning his young son Tamim bin Hamad al Thani. The transition resulted in enhancing Doha’s prestige and profile. Given the sheer size, geo-economic significance and enormity of the challenges it faces, a similar decision by the 81-year-old monarch will be consequential both at home and abroad. Regardless of his age-related health issues, King Salman has demonstrated aggressive leadership in the face of a resurgent but disruptive Iran.

Since the decree to change the succession order, Saudi Arabia has witnessed measured transition from the older generation to the younger ones, who invariably are western-educated with multilingual skills. In order to deal with so much on his platter, the crown prince requires the best minds and synergy. To start with, easing working condition for labor and lifting the ban on female driving are two potential moves with far-reaching economic and social dividends, that will also help him with the much-need soft image.

Besides domestic reforms the kingdom is in dire need of, the country’s diplomatic interface too has been reactive and transactional. Devoid of public diplomacy, Riyadh has long dealt with allies as merchandise, doling out financial packages or free oil shipment to appease them. With a post-oil economy on the horizon, the time has come to replace the old-fashioned diplomatic doctrine with pro-active statesmanship that goes beyond brinkmanship.

Prince Mohammed of Saudi Arabia and Emir Tamim of Qatar represent the younger generation of leaders in the Gulf. The mistrust, propagated by a third neighboring country, is more likely to be overcome with the help of the Kuwaiti monarch who is well respected in both the capitals. Whether the fruits will be reaped before or on the eve of Eidul Fitr is anyone's guess.

On the crucial question of Yemen, time is of the essence for Saudi Arabia. Houthis have been consistently defying UN-initiated dialogue process at the behest of their foreign allies. Saudi Arabia has been repeatedly targeted with missiles, drones and border fire. The Houthi aggression is backed by resources, rhetoric and propaganda by Iran. Still, a military solution alone will not deliver. Yemen has stark similarities with Afghanistan in terms of society’s tribal structure, under-development and ruggedness of terrain. The Crown Prince, who is also the Defense Minister, has the Yemen challenge in sight as a top priority issue, and the rest of the world perceives it as his test case. While it took years for the Kingdom to attend to political woes in the impoverished and the only gulf state devoid of GCC membership, Yemen has been the Gulf’s only safe haven for al-Qaeda operatives, which were not challenged effectively until a few years ago. Like Houthis, al-Qaeda has reportedly been sponsored by Iran, a tactic Tehran adopted in Afghanistan too.

It was Prince Mohammed who had proposed Pakistan’s former military chief General Raheel Sharif’s name to head the coalition of the 41-nation military alliance against terrorism. Riyadh will take advantage of the Pakistani general’s experience in the counter-terror campaign in tribal areas as well as successfully fighting an asymmetrical war across the country. The Houthi militancy is neither a struggle for self-determination nor a holy war. The objectives of Yemeni miscreants have parallels with those of Mulla Fazalullah in Swat or the Mehsud brothers in Waziristan. General Raheel’s advice can help the Crown Prince turn the tables of Yemen’s foreign-backed proxies.

The foes of Saudi Arabia see the recent power shakeup as an opportunity to create disruption and disorder. Since his ascent to power, King Salman has removed two crown princes, Prince Muqrin and Prince Mohammad bin Nayef. Though the change came into effect after 31 out of 34 members of allegiance council supported it, the fantasy and quest for palace intrigues against the ruling family have only renewed especially in Iran. Tehran will strengthen its grip over Baghdad while sending military reinforcements in Syria and bankrolling terrorists like Hezbollah, Hashd al-Shaabi and Yemen’s Ansarullah, to name a few. Tehran’s quest for expansion on the Arab land will only get more desperate and blood-soaked.

Success for Saudi Arabia’s long-term and short-term ability to achieve its geostrategic goals lies in harmony with neighbors and isolating Iran. Thus, nothing becomes more urgent than amicably settling differences with Qatar.