This dress was so heavy that the 'gol chakkars' gave me 'chakkars': Mahira Khan 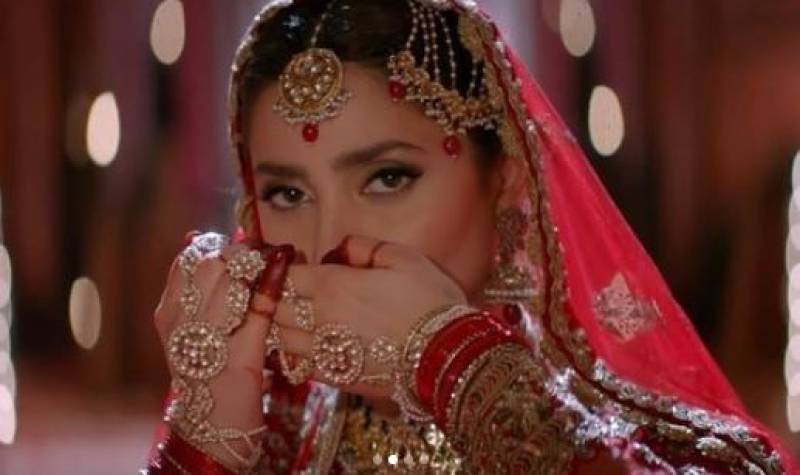 LAHORE- After weeks of buzz and months of anticipation, the trailer for Asim Raza's second feature film Parey Hut Luv is finally out! Not only does the teaser scream royalty in terms of its opulent settings, but also houses a star-studded cast that features in the rom-com.

Of course, the one thing that the fans were super excited to see is Mahira Khan's outfit. The sneak peak in the trailer left us dazzled and wanting more.

She was seen in a heavily embellished red ensemble, created by Umar Sayeed. Mahira wore the scarlet dress which was decked out in sparkling jewelry for her dancing debut in the trailer.

But, apparently the costume was very “heavy” for the diva, which she admitted to her Twitter fans recently.

Hahaha.. this dress was so heavy that the gol chakkars gave me chakkars🤦🏻‍♀️ thank you ♥️ https://t.co/bKfSlTtHGz

“Hahaha.. This dress was so heavy that the gol chakkars gave me chakkars. Thank you,” she tweeted.

Mahira will be essaying the role of Zeena in the romantic flick.

The trailer offers us a glimpse of Sheheryar Munawar’s life (playing Sheheryar in the film); he is a struggling actor searching for a role of a lifetime. It seems Sheheryar doesn't want to fall in love or get hitched but then he meets Saniya (Maya Ali) and things change. We're shown some chemistry between the two before it's revealed that she's already engaged to someone else (played by Shahbaz Shigri).

Watch the trailer down below: