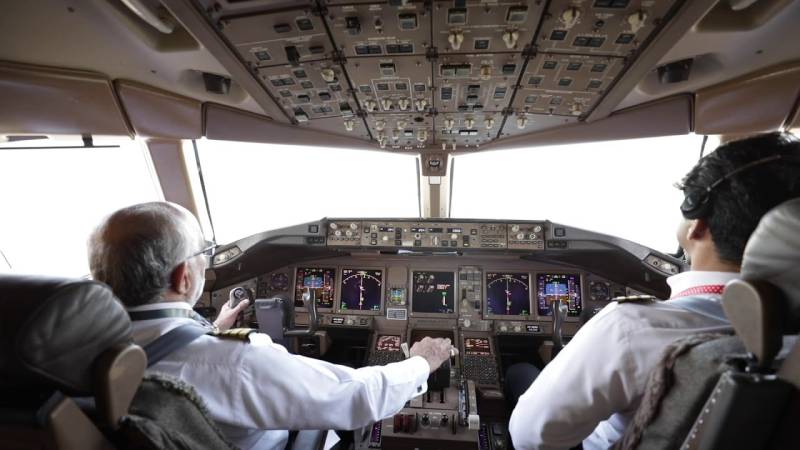 ISLAMABAD – Minister for Aviation Ghulam Sarwar Khan on Wednesday revealed that as many as 262 pilots, out of total 860 in the country, had ‘suspicious flying licences’, adding that they would be grounded immediately.

“Their [pilots] licences are doubtful due to certain reasons, including dates of examinations, which were not working days.

There are some pilots, who did not appear in any paper, out of eight, but managed to get the licences. Among them are those working with the Pakistan International Airlines (PIA), Airblue, Serene, private clubs and foreign airlines,” he said while talking to the media after presenting the interim inquiry report on the PIA plane crash in the National Assembly.

On May 22, the PIA flight PK 8303, carrying 99 people, including eight crew members, had crashed into residential area just before landing at the Karachi Airport, which claimed 97 lives and caused considerable damage to the residential houses.

The minister said such an irregularity could not be committed without connivance of the licence issuing authority and the information technology personnel, and the government had reached those ‘characters’ among them ‘some are internal and some external.’ “Now our hands are on their neck and they too will not be able to escape.”

He said the government had decided that all such pilots would be issued show cause notices and charge sheets so that they could not fly any plane. “They will be grounded immediately.”

Sarwar said criminal proceedings would also be initiated against the fake licence holder pilots as the government could not allow anyone to put the lives of its citizens at risk.

During the degree verification process, he said, educational credentials of around 600 employees of Pakistan International Airlines (PIA), including four pilots, were found fake.

Commenting on the PIA flight PK-8303 crash, the Aviation Minister said as per the preliminary inquiry report, the pilot of the ill-fated aircraft and Air Traffic Controller (ATC) had not followed the set landing procedure that caused the tragedy.

During the first landing attempt, he said, the plane was at 7,200 feet height from ten nautical miles of the runway, which should have been 2,500 feet as per the rules and protocol.

But despite the ATC’s three warnings, the pilot made the landing attempt, but took off again after being dragged at the runway for 3,000-4,000 feet , he said, adding, “The landing gears were opened at a distance of ten nautical miles, but they went up [closed) at 5 nautical miles distance.”

He said the ATC’s mistake was that he did not inform the pilot about the damage occurred to the engines when the plane touched the land thrice. The ATC should have asked for the emergency landing.

He said the plane’s engines, after being damaged, had not enough power to reach the final approach in the second attempt to land and crashed at the nearby residential area.

He said the inquiry report had been compiled in line with the evidences collected from Data Entry Recorder, Cockpit Voice Recorder, plane debris and the incident site.

The pilot and co-pilot, he said, were highly experienced and fully medically fit, while the plane was also 100 percent fit that had made six flights from May 7 to 22, after the government resumed the flight operation it had suspended to contain the virus spread.

Soon after the tragedy, the minister said a four-member inquiry board consisting of three experienced officers from the Pakistan Air Force and one from the Civil Aviation Authority, had been constituted on the same day and later two experienced pilots of A-320 aircraft and one from the Turkish airline were included in the investigation team.

While, a 10-member team of French experts, including the plane and engine manufacturers, also participated in the probe.

He said it was the interim report and assured that the detailed inquiry would be completed within due course of time in a free, fair and transparent manner.