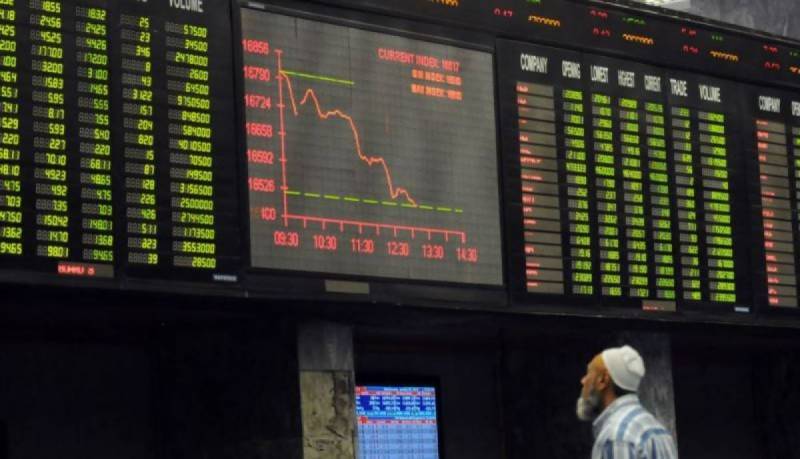 The KSE-100 index plunged by whooping 2,053 points at 12pm as it witnessed massive selling pressure after the opening bell.

As per the PSX Rulebook, if the index goes five per cent above or below its last close and stays there for five minutes, trading in all securities is halted for a specified period.

Experts are of the view that new taxes caused bloodbath in the stock exchange.

While addressing the nation after chairing a meeting of his economic team, the prime minister said that 10% super tax will be imposed on thirteen large sector, including automobile, cement, steel, sugar, oil and gas, fertilizer, banking industry, cigarette.

The development comes days after Pakistan inked an agreement with IMF to jack up FBR’s tax collection target by Rs438 billion, increasing it from Rs7,004 billion to Rs7,442 billion for next fiscal year.

KARACHI - Pakistan Stock Exchange (PSX), with the approval of the Securities and Exchange Commission of Pakistan, has ...