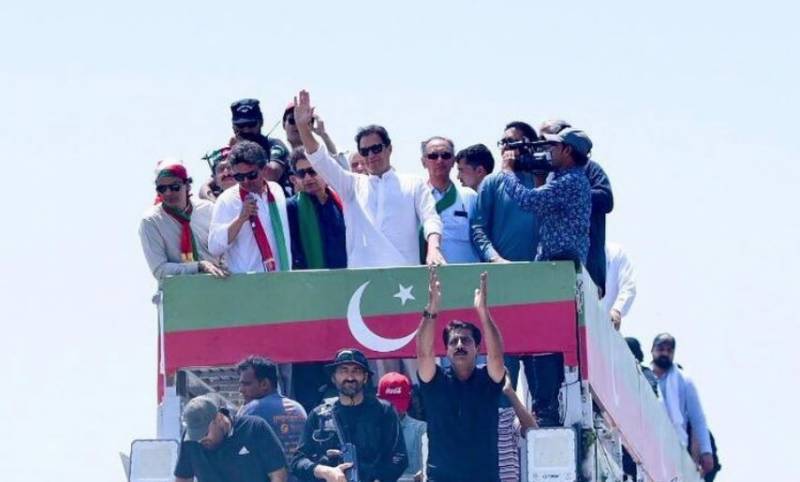 ISLAMABAD – Former prime minister and PTI chairman Imran Khan was granted bail till July 6 in ten cases in connection with the ‘Azadi March’.

The former premier also appeared before the court where strict security measures were taken to avoid any untoward situation.

The court has ordered Imran Khan to submit Rs5,000 surety bond each in all the ten cases.

Khan and other PTI leaders were booked for abetment, rioting armed with deadly weapon, unlawful assembly, obstructing public service, disobedience, assault on a public servant, causing damage, and mischief by fire or explosive substance with intent to cause damage.

Azadi marchers barged through barricades to make their way to the capital and were met with tear gas as law enforcers thwarted PTI leaders and activists to storm the capital.

PESHAWAR – The Counter Terrorism Department (CTD) of Khyber Pakhtunkhwa has issued a threat alert regarding a ...