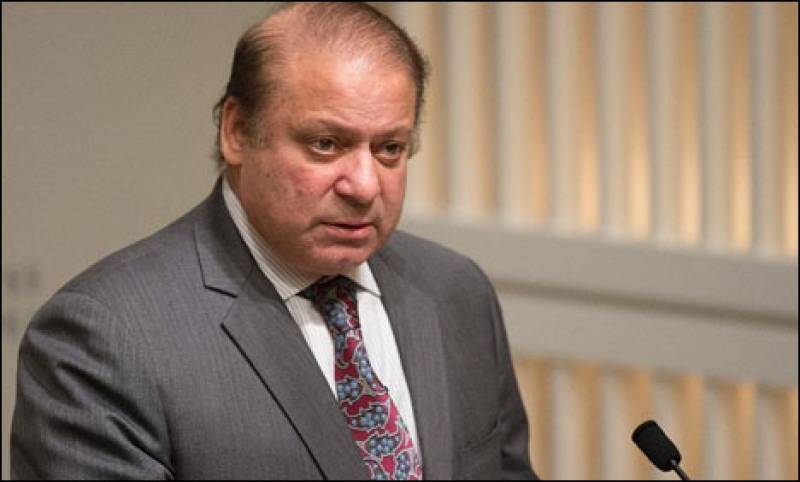 ISLAMABAD (APP) – Prime Minister Nawaz Sharif on Tuesday said politics of principles should prevail so that people retain their faith in politics and politicians.

He was talking to a delegation of PML-N from Middle Eastern countries including Saudi Arabia, the UAE, Qatar and Bahrain, which called on him here at the Prime Minister's House.

The prime minister said that Pakistan was faced with enormous challenges including terrorism and extremism as well as energy shortage.

"Had the country been governed properly in the past we would not have been in such a state facing big challenges. We have reached this stage because of bad governance and mismanagement".

The Prime Minister, however, said that the present government has put Pakistan's economy on the right path.

He said the government initiated Zarb-e-Azb as an option of last resort. Our armed forces have given great sacrifices and are

fighting this war with great valor, he said.

The Prime Minister said Pakistan has to win this war against terrorists, who are decreasing by the day. "Some of them have been killed while others are on the run. There is no space for militancy and terrorism in Pakistan", he added.

He said it was a matter of satisfaction that since the start of operation against criminals and target killers in Karachi there has been considerable reduction in incidents of street crime, kidnapping for ransom and target killing.

The Prime Minister said he would personally go to Karachi to get update on progress on the operation.

The participants congratulated the Prime Minister on adopting policies that are now benefitting the country, including Operation Zarb-e-Azb, Karachi operation, reducing petroleum prices and controlling inflation as well as for reviving the economy.

On the complaints of the delegation members, the Prime Minister said the government would look into the matter of Pakistan Embassy schools.

They also apprised the PM of matters relating to overseas Pakistanis, working of Pakistan Embassies and Consulates in Middle Eastern countries.

The prime minister said problems being faced by overseas Pakistanis would be addressed on priority basis.