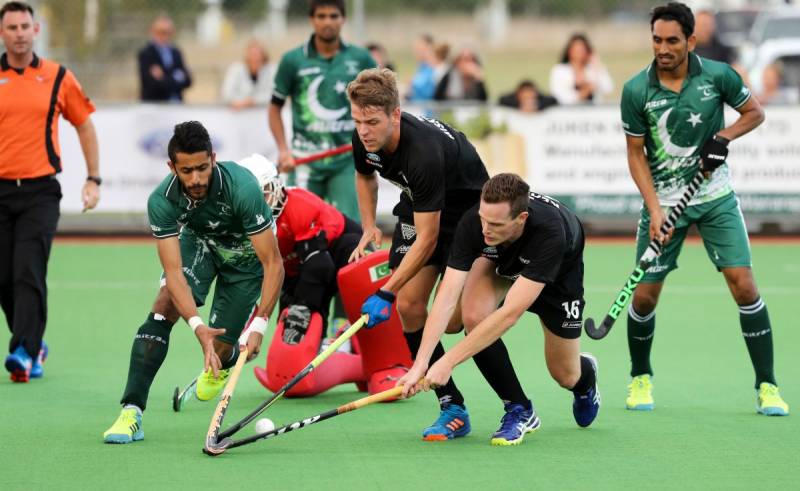 WELLINGTON - On Thursday Pakistan won a five matches series with 2-1 after a well-earned 1-1 draw against New Zealand at Trust House Hockey Wairarapa complex in the fifth and final test.

The Vantage Black Sticks dominated with better pace and cohesion than last night, but both teams went into the halftime break locked at 0-0.

The Kiwis in the third quarter received a couple of penalty corners along the way but couldn’t hammer home the advantage.

Their best chances in the third quarter came from penalty corners, with Cory Bennett on target but his shot was swatted away after a great reflex save from Pakistan keeper Amjad Ali.

Coach Smith said Pakistan were impressive throughout the series, which they won 2-1, especially through the defensive midfield area.

Pakistan team will leave Australia, where they will play tests at Marrara Hockey Centre, Darwin on March 28, 29, 31 and April 1.