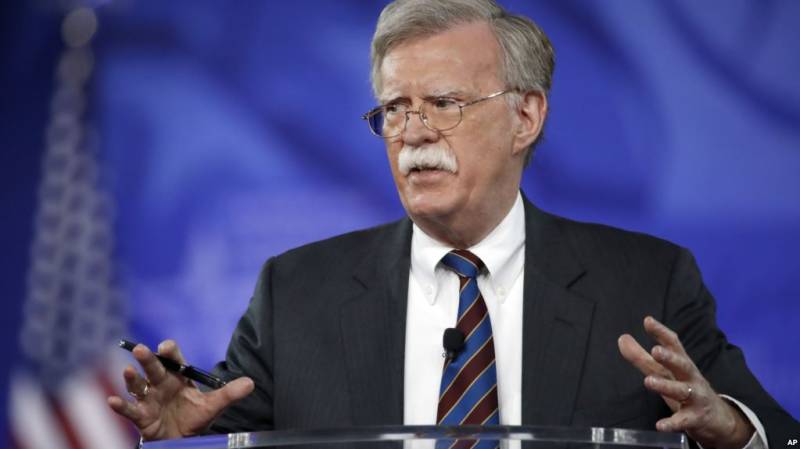 WASHINGTON - US President Donald Trump’s new National Security Adviser (NSA) John Bolton has said that the United States cannot quit the years-long frustrated war in Afghanistan due to the larger threat from the Taliban, the Islamic State and al-Qaeda, according to Voice of America.

Bolton, who is also known as a hardliner, was picked by Trump for NSA after former adviser HR McMaster resigned following reports of differences with the president and key officials of the White House.

Speaking at the Daniel Morgan Graduate School of National Security in Washington in late February, Bolton told that Americans did not want this war as they were tired of it.

Bolton in his speech also urged Americans to be patient about the Afghan conflict, despite the war being “costly in terms of American lives.”

US involvement in Afghanistan

In his South Asia strategy, the US president had revealed that forces in Afghanistan will be empowered more in order to defeat militants. Later, more troops were also sent to the war-torn country to boost the fight against Taliban.

The Trump administration faced criticism over the new policy for Afghanistan due to the lack of political and diplomatic measures to get reconciliation in the country.

In an interview with VOA, former US Ambassador Robin Raphel praised Bolton’s recognition that the US cannot walk away from the Afghan war.

But she noted Bolton must also recognize “the need to energize the political track, as has been affirmed by Defense Secretary Jim Mattis and General Nicholson, who recognise there’s no military solution to the Afghan conflict.”

Giving a reason for the US' military stay in Afghanistan, Bolton in his last month talk said that to prevent radicals from again getting strengthened in the region.

Bolton said that if the safety of Pakistan’s nuclear arsenal was threatened, “you would have Iran on steroids right now.” His views backed the view held by a section of Pakistan’s authorities that the US wanted to stay in Pakistan permanantly to safeguard Pakistan's nuclear aresenal in case of emergency.

Pakistani officials have long rejected the impression that the country’s nuclear weapons are at risk.

“There’s a lot of dissatisfaction with the Afghan performance over the years. We’re obviously in a difficulty in our relationship with Pakistan. It’s been a difficult relationship for a long time,” VOA quoted Bolton.

Bolton's appointment came at a time when US officials are trying to persuade the Taliban to be part of the peace talks offered by Afghan president Ashraf Ghani.

Earlier this month, Ghani has pledged the Taliban’s reintegration in Afghanistan’s political and administrative structures if they formed a political party by leaving armed conflict.

However, there is no any clear message from the Taliban regarding becoming the part of the peace process in the larger interest of the country.

The article was orignally published by the Voice of America.