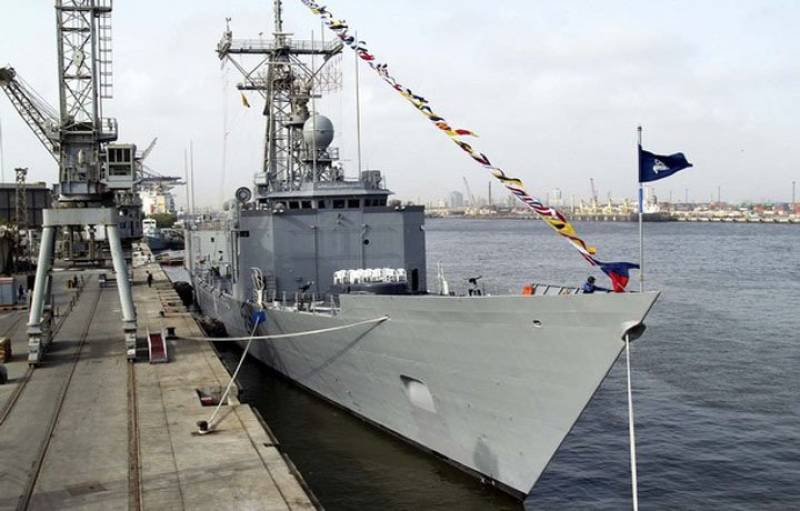 KARACHI (News Desk) - As many as five officers of the Pakistan Navy have been sentenced to death for planning and orchestrating an attack at the naval dockyardson September 6, 2014, and attempting to hijack the Pakistan Navy warship PNS Zulfiqar.

The case was heard by a Navy Tribunal, which concluded hearings in April this year and handed out the deayh sentence to the accused, including Irfanullah, Mohammad Hammad, Arsalan Nazeer, Hashim Naseer and Hammad Ahmed.

During the hearing, the accused were tried for mutiny, hatching a conspiracy and carrying weapons in the navy dockyard. They have also been accused of having links with the Middle-Eastern terrorist group, the Islamic State.

All of them have been shifted to Karachi Central Jail, after the hearing was concluded at an undisclosed location.

Talking to newsmen, the legal counsel of Sub-Lieutenant Hammad Ahmed, Advocate Inaam, said that naval officials had not specified details of the crime, trial and the punishment, He added that once these details were provided, his client would file an appeal at the Naval Appeal Court.

The group of radicalized navy officers had attacked the naval dockyard on September 6, 2014, attempting to take over sensitive installations at the base.

The attack was thwarted by security forces. Two of the attackers were killed by forces while four were arrested alive. Those killed were later identified as serving sub-lieutenants of Pakistan Navy.