Bridge built by Punjab CM collapses one month before inauguration 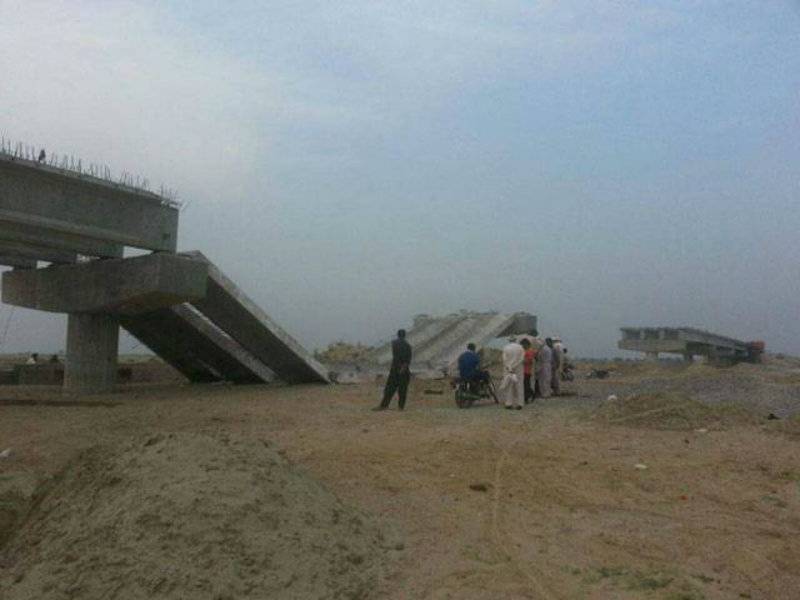 LAHORE (Web Desk) - An under-construction bridge on Gujarat’s Ghan storm water channel near Jhelum has collapsed, only a few days before it was supposed to be inaugurated by Punjab Chief Minister Shehbaz Sharif.

The concrete structure collapsed following a thunderstorm in the area. However, no loss of life or injury was reported. 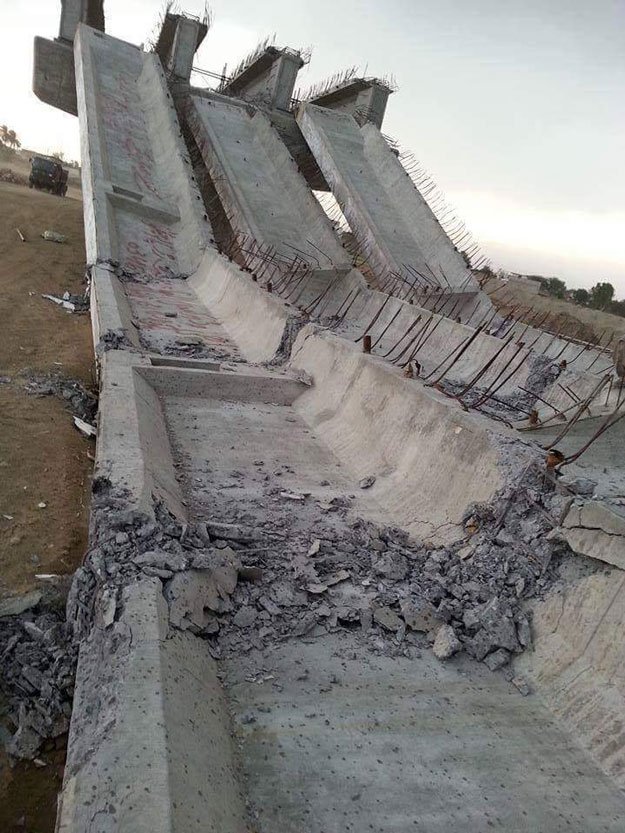 Reports in the media suggested that the bridge collapsed because of the use of substandard material in its construction and negligence of the highways department. The bridge was being constructed by Sheikh Nazar and Company.

The Punjab government had approved Rs330 million for the project on recommendation of the ruling party’s MPA, Chaudhry Lal Khan. The bridge is of great significance to the people of Pind Dadan Khan and Jhelum as it connects the two areas. 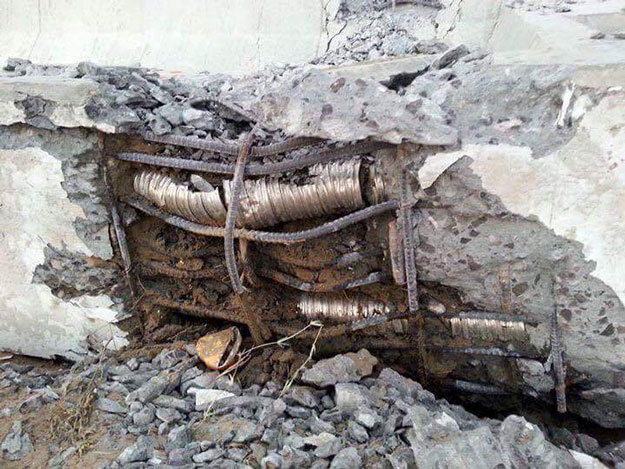 Shahbaz Sharif had laid the foundation stone of the Ghan Bridge in November 2014, and was expected to open it for traffic next month.

According to DCO Jhelum Iqbal Hussain Khan, an inquiry committee has been formed to investigate the bridge collapse.