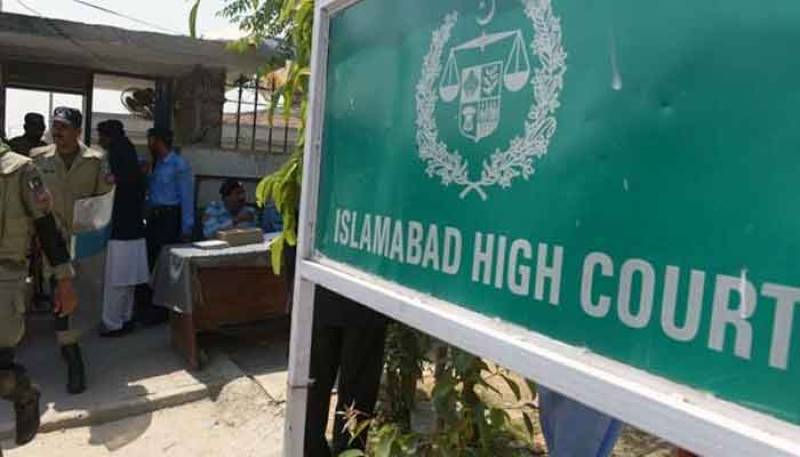 ISLAMABAD – The Islamabad High Court (IHC) on Tuesday barred the police and administration from harassing PTI leaders and workers following a Monday night crackdown launched by Punjab police in different cities ahead of the party’s long march.

IHC Chief Justice Athar Minallah issued the directives while hearing a petition filed by PTI in a preemptive move to restrain the government from creating hurdles in the way of Azadi March announced by Imran Khan last week.

The high court directed the police to ensure that no one is harassed needlessly but it did not issued any general order as it was sought by PTI counsel Ali Zafar.

During the hearing, Zafar highlighted the ongoing crackdown against PTI leaders in various cities and termed in a clear violation of fundamental rights.

The chief justice said that the directives issued by the Supreme Court regarding rallies and sit-ins should be followed.

Moving on to PTI's long march against the government, the court said that it cannot issue a blanket order as there are sensitive installations and embassies in the federal capital.

Can you submit an affidavit that PTI will responsible if any incident happed during the long march? The judge asked Ali Zafar.

The way you cannot submit the affidavit, the court cannot issue any general order, the chief justice added.

Barrister Ali Zafar then requested the court to restrain the police from arresting PTI leaders going to participate in the long march.

At this, Justice Minallah inquired if the party has submitted a request to the district administration to hold rally.

Barrister Zafar replied that they had submitted a request to the district magistrate for the rally on May 25.

While barring the police and administration from harassing the PTI workers, the high court issued notices to the Islamabad inspector-general of police, chief commissioner and deputy commissioner.

The court has adjourned the hearing till May 27.

LAHORE – The federal government and PTI leaders are holding each other responsible for the murder of a police ...