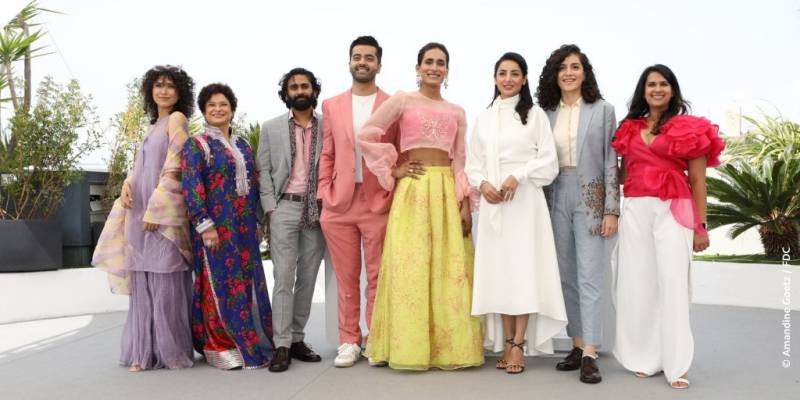 It's a proud moment for Pakistan indeed as Team Joyland received a standing ovation at the Cannes Film Festival 2022.

Unlocking a major milestone for the local filmmakers and artists, Joyland has become the first feature film to be screened at the prestigious festival, which hosts biggest directors and actors from across the globe.

Saim Sadiq's labour of love was widely acknowledged by critics, with Deadline deeming it a “thoughtful, well performed and engrossing drama”.

The international Festival de Cannes is one of the world’s most widely publicized events and certainly the most important film festival in terms of worldwide impact.

Pakistani stars Sarwat Gillani and Sania Saeed will be attending the 75th edition of the Cannes Film Festival. Team ...