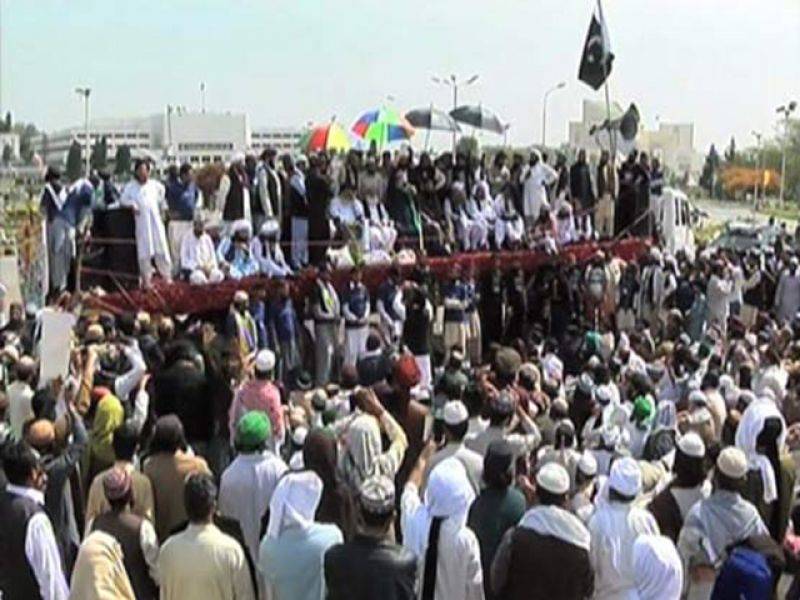 ISLAMABAD - The top spy agency of Pakistan Inter-Services Intelligence has told the Supreme Court that the religious groups staging a sit-in at the Faizabad interchange Islamabad were pursuing political motives.

In its report submitted to the top court regarding the suo moto notice taken by a two-member bench pertaining to the ongoing protest, the spy agency revealed that the protesters had taken to the streets in a bid to gain popularity ahead of the next general elections.

The report which was made public by the apex court as it issued the written judgment of yesterday's proceedings also stated that the actions of demonstrators were in contradiction to Islamic injunctions.

In its order, the top court remarked that the use of force was not necessary to evict the religious parties that were occupying the thoroughfare for the last 17 days.

It also declared that Islam was a religion of peace and the same was the essence of its teachings.

Quoting the Attorney General of Pakistan Ashtar Ausaf, the order highlighted that the protesters did not seek permission prior to their arrival in the capital.

'The report submitted by intelligence agencies fails to answer multiple queries including who was financially supporting the groups' the order continued.

The Supreme Court observed that the protesters were not following the bindings of religion and were resorting to illegal practices. The use of foul language against the judges on court’s November 21 orders was also mentioned in the order.

ISLAMABAD - The Supreme Court on Thursday accused the government of not taking timely measures to stop the ongoing ...

The top court also directed the federal government to translate the order in Urdu and distribute copies among members of Tehreek-e-Labbaik and other factions staging the sit-in.

The Ministry of Defence and Ministry of Interior submitted their reports, while Attorney General Ashtar Ausaf were also present in the court.

Justice Mushir Alam while reading the report said that the Punjab government was aware of the situation.

Justice Qazi Faez Isa remarked that the concerned parties should approach the courts if there are differences. He added that a bad precedent is set through this sit-in that anyone could disrupt routine life in capital for their demands.

While commenting on talks between the government and protesters, he remarked that Islam teaches people to remove even a stone from someone’s way.

The Attorney General informed the court that scholars have been made part of the team to hold negotiations with the protesters. He added that the government did not want bloodshed.

Justice Isa said that people were facing difficulties due to the standstill, asking for a reference from teachings of Islam regarding blocking the roads.

The court while seeking the progress report till November 30 from the government on removing the protestors from Faizabad Interchange adjourned the hearing of the case.