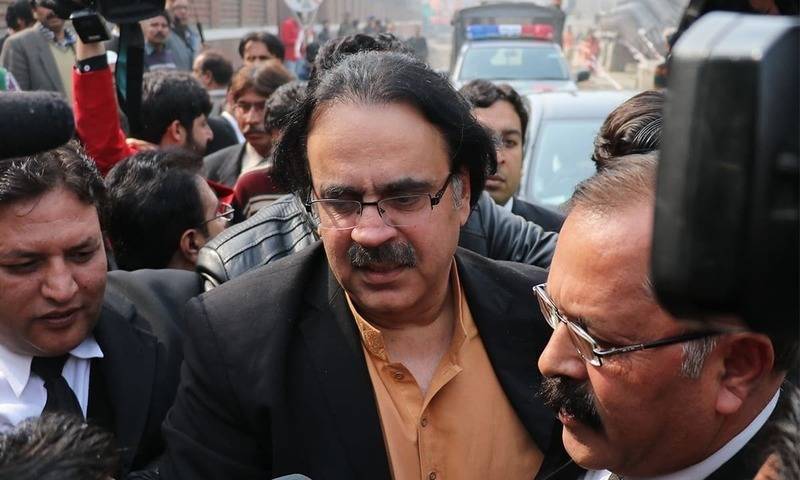 Masood was produced before a local court which approved his physical remand in the Pakistan Television corruption case.

The presenter was arrested by FIA from the premises of the Islamabad High Court after his bail plea was rejected by Justice Mohsin Akhtar Kiyani on Friday.

The News One anchor, who was appointed PTV chairman during the tenure of Pakistan Peoples Party-led government, is accused of corruption worth around Rs38 million.

During the hearing today, Masood's lawyer argued that there was no need for a 10-day physical remand of his client as per the  FIA's request.

'More than 24-hour remand should not be given,' Masood's lawyer Shah Khawar argued.

ISLAMABAD - The Chief Justice of Pakistan Justice Mian Saqib Nisar slapped a ban of 3 months on the show hosted by ...

At this, the judge asked an FIA official present in the court if the agency had finished conducting an investigation against the accused or not.

Upon this, FIA replied that the suspect did not surrender himself and a few aspects of the case are to be investigated.

'This is the first remand of Masood who was arrested from Islamabad High Court after his application for bail was rejected,' the FIA official further told the court.

Upon this, the court approved a five-day physical remand of the anchor and ordered the FIA to submit a report regarding its investigation into the corruption case; the court also instructed that the medical report of the anchor be presented at the next hearing.

Dr Shahid Masood is alleged to have signed an agreement with a fake company to obtain the media rights for the Pakistan Cricket Board (PCB) which dealt a blow to the state-owned television channel.

However, Masood vehemently denies any involvement in the case saying the probe against him is because he started to expose the corruption in the state-run TV channel.