Ranveer Singh is back to work after long wedding festivities

MUMBAI -  Bollywood superstar Ranveer Singh is back to work after having a busy week in Italy and India also. The actor had tied the knot with his longtime lady love Deepika Padukone in an extravagant but private wedding ceremony at Lake Como in Italy.

After having a lavish destination wedding the star couple returned to Mumbai from their Bengaluru reception hosted by her family. DeepVeer will reportedly host three wedding receptions in Mumbai -- one on November 24, second on November 28 and third on December 1.

However, amid all the celebrations and series of parties, the actor took out time for some work. His next film Simmba, an action-thriller directed by Rohit Shetty, is set to release on December 28. With about a month for the release, the actor headed for a dubbing session amid his busy schedule. 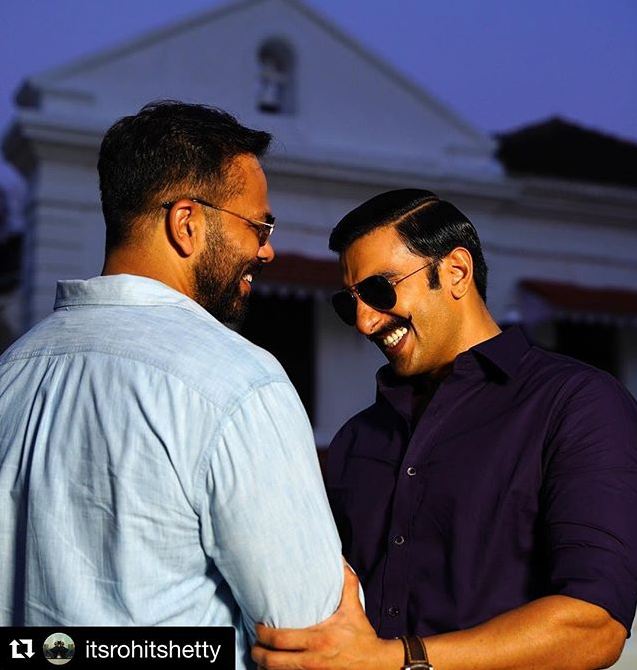 Recently, A fan page shared a picture of the actor assumed to be spotted at YRF studios while dubbing for the film. Dressed in a red jacket and white tee-shirt, the Padmavati actor can be seen making a victory sign for the camera.

A day after their Bengaluru reception, Singh had posted a video for Simmba director Rohit. In the video, the actor can be seen giving a thank you speech for the filmmaker on the last day of the shoot.

The Padmavati actor will be seen with newcomer Sara Ali Khan in the film and the leaked stills of the film prove the two will make an impressive onscreen pair.

The two will be seen grooving to the hit 90’s number Ladka Aankh Maare from the film Tere Mere Sapne, which has been recreated by Tanishk Bagchi for Simmba. Ranveer plays a policeman in the film for the first time and sports a mustache. We are excited to see RK in the role of a policeman.

Looking forward to more lovely pictures of DeepVeer from the remaining wedding festivities.