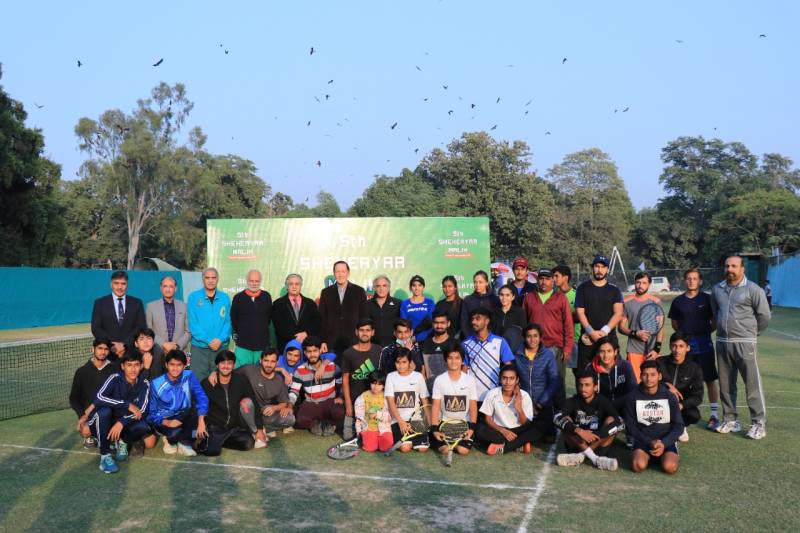 Pakistan Tennis Federation (PTF) President Salim Saifullah Khan graced the opening ceremony as chief guest and inaugurated the prestigious tournament during a colorful opening ceremony held here. The PTF president was introduced with all the participating players, while he also witnessed a men’s singles match and applauded both the players for showcasing their skills during the match.

Speaking on the occasion, Salim Saifullah said: “There is a no dearth of talent in sports especially in tennis in Pakistan. We are doing our job with great responsibility as we are conducting a good number of international tennis events for our junior players, who are the real asset of Pakistan tennis and also sending them abroad to feature in ATF and ITF junior events. Now it’s up to players to work very hard and produce better results so that they may emerge as top stars at national and international level and win good name for them and country globally.”

Total seven matches were played in the men’s singles category on the first day of the championship. All the top players advanced to the second round with comfortable wins and a high standard of tennis was witnessed during some of the matches. PTF President Salim Saifullah met with all the players and appreciated the hard work of the players. PLTA Secretary Rashid Malik (Tamgh-e-Imtiaz) along with top national players and their families were also present on the occasion.