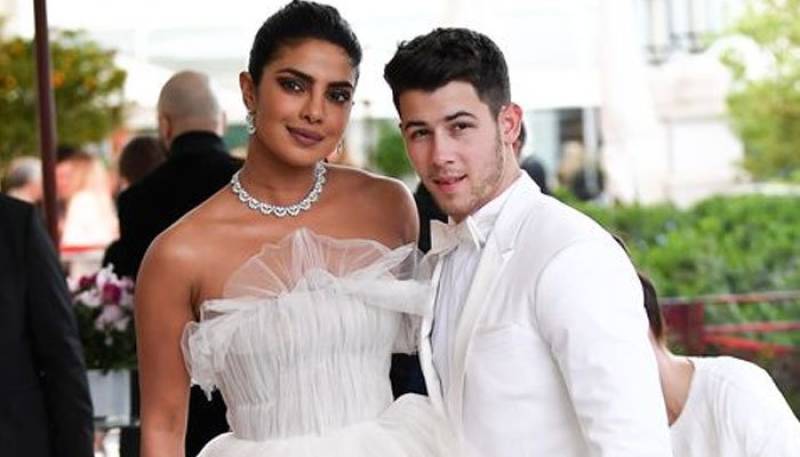 Global celebrity Priyanka Chopra and husband Nick Jonas might have been subjected to constant trolling over their whooping age gap.

However, the Fashion actor proved to be a queen of hearts with her witty roast session video that has gone viral on the internet.

The 39-year-old star's recent video is hilarious and the roast session is truly epic. Sharing the teaser, the Baywatch star wrote, "Brought my husband and his brothers a nice roast for dinner Perks of being a Jonas ".

In the aforementioned clip, the Quantico star pokes fun at her husband and his brothers, saying: “Hi, everyone. I am honoured and thrilled actually, tickled to be here tonight to roast my husband Nick Jonas, and his brothers whose names I can never remember.”

"Nick and I have a 10 years age gap. And there’s many ‘90s pop culture references that he doesn’t understand and I have to explain it to him, which is fine because we teach other. We teach other things. He showed me how to use Tik Tok, for example, and I showed him what a successful acting career looks like.”

Moreover, during the epic roast, Priyanka took a sassy dig as she shared her knowledge about her home country, “I am from India, a country rich in culture, in music, in entertainment. So, clearly, the Jonas brothers didn’t make it over there.”

Earlier, the winner of the Miss World 2000 pageant left fans in shock as she removed 'Jonas’ surname from her Instagram handle. Speculations were rife that ‘all is not well in the paradise’.

Priyanka Chopra Jonas is surely documenting her travelling diaries enthusiastically as she spends gala time in ...