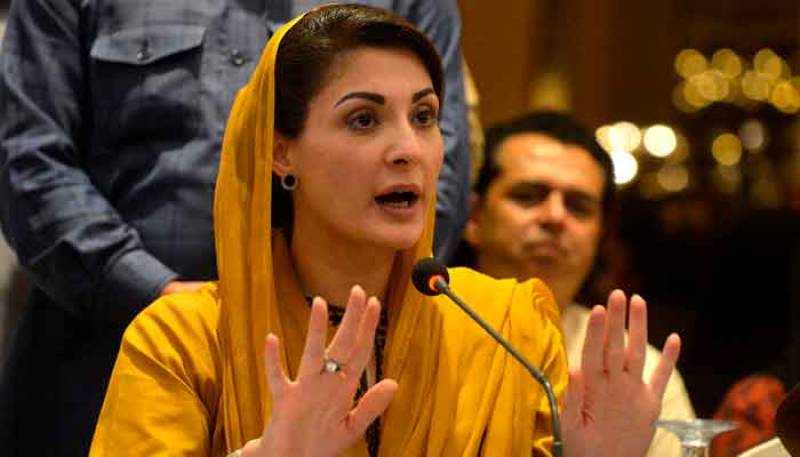 Claiming that the clip of Saqib Nisar was a confession of his ‘crime’, the opposition party leader termed it as a ‘charge-sheet against him’.

Commenting on the media coverage about the clip, she said that she will not name the media house, but one channel ‘assumed the responsibility for analysing the clip themselves.

Delving into details, she added that previously former CJP denied any connection with the clip and after the media outlet revealed that different clips were merged from various occasions to create the one clip.

Analysis of the TV channel prompted Nisar to confirm that it was his voice, she opined while commending the work of the private news channel as it led to his ‘admission’.

Daughter of deposed premier said the TV channel even ran footage showing where he had spoken the same bits that can be heard in the controversial clip.

Former IHC Justice Shaukat Siddiqui was the first person who had given the testimony in support of her allegation that former PM Nawaz Sharif was disqualified to pave the way for Imran Khan to become the country’s prime minister.

She also demanded that the parties involved in the Justice Siddiqui scandal be summoned and made to stand in the witness box and a sworn testimony be taken from them.

Furthermore, she also mentioned former GB judge Rana Mohammad Shamim’s affidavit saying the court must take action on that and questioned all parties.

ISLAMABAD – The Islamabad High Court (IHC) on Tuesday served show-cause notices on all the parties during the ...