Two soldiers martyred during crossfire with terrorists in Balochistan's Tump 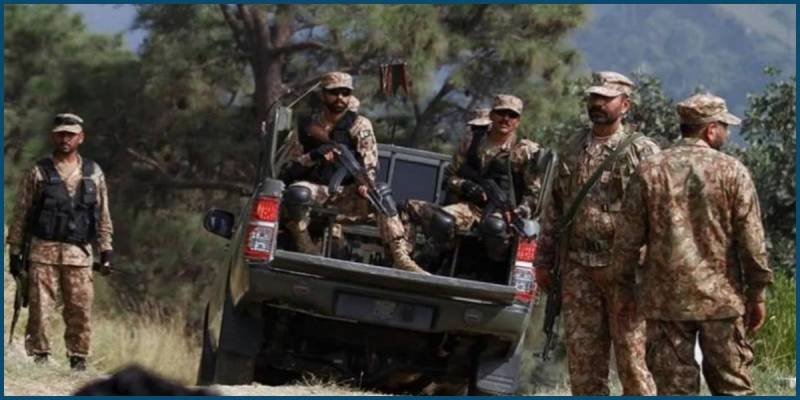 A statement from the Inter-Services Public Relations (ISPR) said two Pakistan Army soldiers were martyred during an operation to stop externally sponsored terrorists after they ambushed a check-post of security forces in Tump, Balochistan.

The security forces retaliated with all available weapons, in which the terrorists suffered heavy losses while during the crossfire, sepoy Naseeb Ullah, a resident of Kharan, and sepoy Insha Allah, a resident of Lakki Marwat, sacrificed their lives fighting valiantly.

"It is reminded that Pakistan's security forces remain determined to defeat acts of cowardly terrorists, aimed at disrupting peace, stability and [the] progress of Balochistan," the ISPR statement further added.

A soldier of the border security force embraced martyred in a attack on a patrolling party by a group of terrorists in ...

On Monday, a Pakistan Army soldier martyrded after a patrolling party of the security forces came under attack in Panjgur along the Pakistan-Iran border.