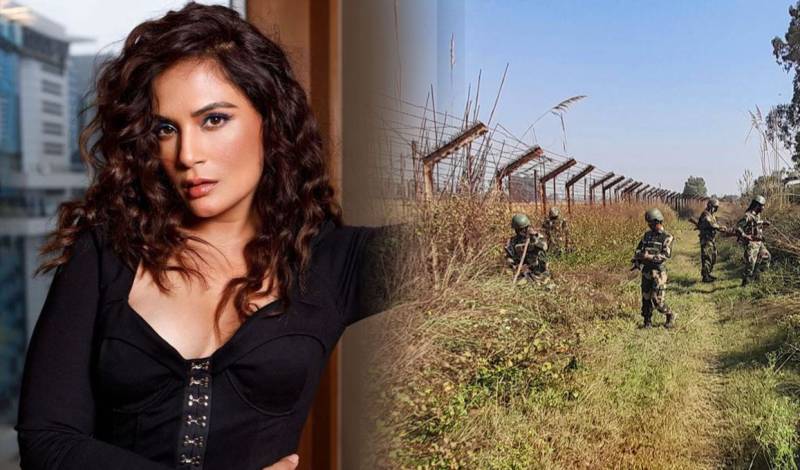 It all started with a war-mongering statement from India’s northern army commander Lt General Upendra Dwivedi who said Indian forces are ready to execute orders like taking back Kashmir administered by Pakistan.

The lunatic officer mentioned carrying out an attack if order was given by the Indian government, saying we are always ready for it. 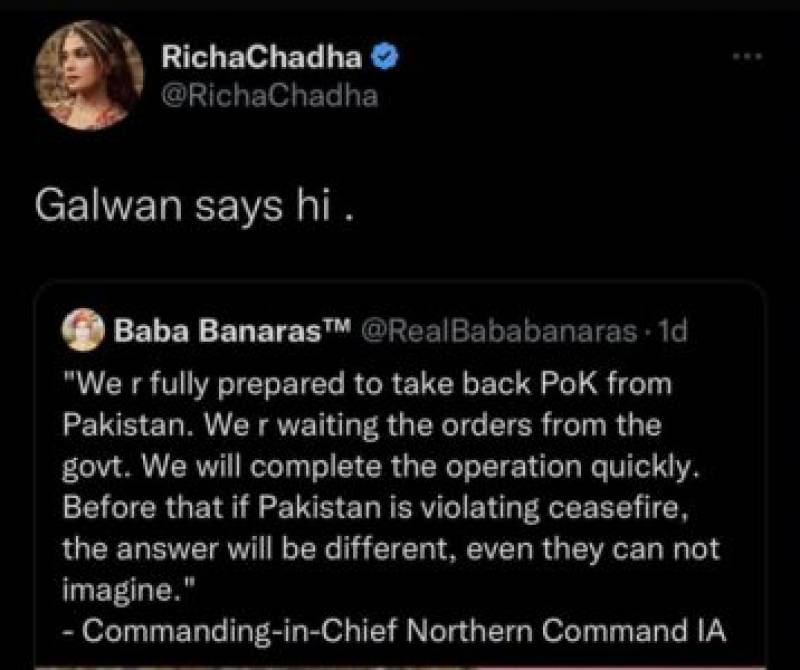 The snaps of the now removed post went viral on social sites and the actor received backlash for her statement. Later, she issued a public apology for her remark.

"Even though it can never be my intention in the least, if the 3 words which are being dragged into a controversy have offended or hurt anyone, I apologise and also say that it would sadden me if, even unintentionally, my words have triggered this feeling in my brothers in the fauj (army) of which my own Nanaji has been an illustrious part," the detailed note shared by actor cited.

She further mentioned, "My uncle was a paratrooper. It's in my blood. A whole family is affected when a son is martyred or even injured while saving the nation which is made up of people like us and I personally know how it feels. It is an emotive issue for me."

In the year 2020, Chinese troops engaged in a deadly clash with Indian border force in Galwan valley of the Ladakh region. China's defense ministry later revealed that its four soldiers were killed in the brawl that had also claimed the lives of at least 20 Indian troops.