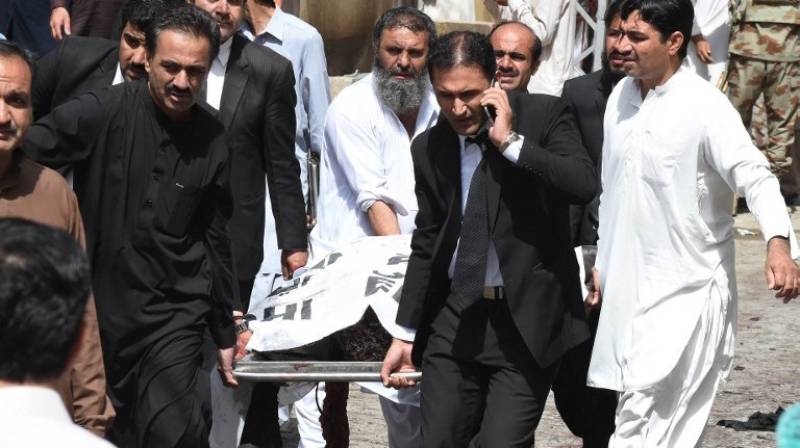 QUETTA (Staff Report) - Balochistan government on Monday announced cash prize for those who will assist or report anything related to the facilitators of Quetta Civil Hospital carnage.

As per details, the government also released the images of alleged attackers and announced a prize of 10 million rupees in cash assist or report anything related to the facilitators of the tragedy which claimed more than 70 lives.

The explosion had taken place when Balochistan Bar Association President Bilal Kasi's body was brought to the emergency department. He was gunned down at Mano Jan Road earlier on August 8.