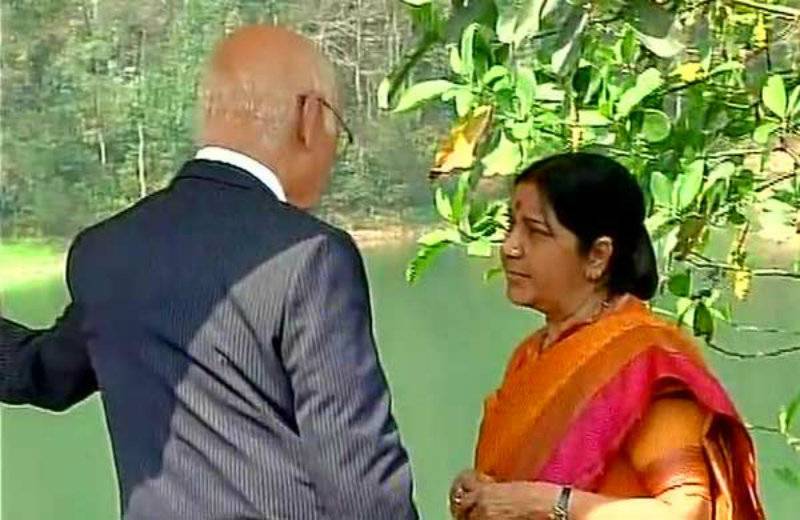 ISLAMABAD - Adviser to Prime Minister on Foreign Affairs Sartaj Aziz has confirmed that Pakistan will attend the upcoming Heart of Asia conference scheduled to be held during the first week of December in Amritsar, India.

While talking to the media on Monday, Sartaj Aziz confirmed Pakistan’s participation.

“We have started an effective campaign for the cause of self-determination of Kashmiri people,” said the foreign affairs adviser.

Foreign ministers from 14-member countries, including Russia, China and Turkey, are expected to attend the daylong conference meant to discuss the current Afghan situation and possible initiatives the immediate and extended neighbours of Afghanistan could undertake to restore long-term peace and stability in the war-torn country.

Senior officials from 17 supporting countries, including the United States, will also participate in the meeting to be jointly presided over by Afghan President Ashraf Ghani and Prime Minister Narendra Modi.

The Heart of Asia-Istanbul Process was established in 2011 at the initiative of Afghanistan and Turkey. Its main objective is to foster efforts for regional cooperation and connectivity with a view to promoting long-term peace and stability as well as progress and development in Afghanistan, and the region.