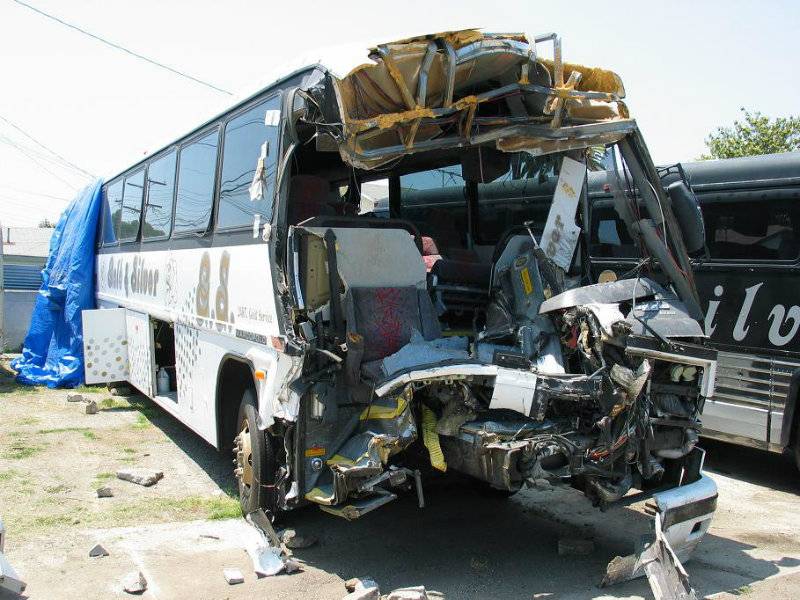 BHERA (Online) - A bus hostess died and other passengers got injured after tyres of a passenger bus (LES-722) flatted near Bhera and it skidded off the road.

The bus bumped into an electricity poll, resulting in the death of 22-year-old bus hostess, identified as Ansa.

Several passengers including Adnan and Muhammad Azeem were injured in the incident.

DSP Motorway Amir Javid told Online that the bus driver had fled the scene, however, the police were searching for him.

The dead body and the injured were shifted to Tehsil Headquarter Hospital Bhalwal for autopsy and treatment.