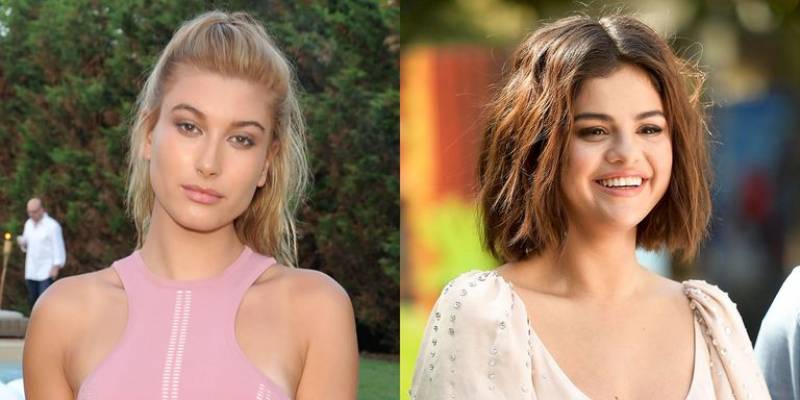 LOS ANGELES - Selena Gomez has recently released a track and it is making rounds on the internet, the song is exhibiting the bad terms on which she and Justin Bieber ended their relationship.

The Magic singer’s latest song Lose You to Love Me is proving just that as she follows her ex-flame’s suit in throwing shade at their unstable relationship in her new song — something that did not sit well with Bieber’s wife and super model Hailey Baldwin.

Gomez after taking a healthy start to her life following a series of health and emotional bumps released the song which faced the wrath of Baldwin.

Thank you all for standing by my side through the highs and lows. I couldn’t do it without you all and I can’t wait to start my next adventure with you. 🖤 Lose You To Love Me is out now. #ShotOniPhone

She promptly took to her Instagram Stories with a song by Summer Walker called I'll Kill You.

The lyrics of the song read: “You don't want no problems, I wish a [expletive] would. Tryna comes between us, it won't end up good. You know I love you as no one else could. I'd go to hell and back for you.”

Earlier this week, Hailey Baldwin had posted an Instagram of herself listening to Summer Walker's "I'll Kill You," minutes after Selena Gomez's new breakup song—believed to be about Gomez's ex and Baldwin's husband Justin Bieber—came out. She woke up this morning to a lot of upset Selena Gomez fans convinced the post was about Gomez and news outlets covering the controversy.

Baldwin addressed the rumor head-on, commenting on JustJared's Instagram about what she meant by the Instagram Story. The comment was deleted just as it started to blow up, but a screenshot was taken by the outlet and remains on its site.

JustJared wrote in its caption initially: "Fans think Hailey Bieber posted quite the pointed response to Selena Gomez after the release of Selena’s song 'Lose You To Love Me,'" then teased their story.

Baldwin responded in the comments, "please stop with this nonsense. There is no 'response.' This is complete BS." So there it is: Baldwin wasn't throwing shade, everyone.

However straight after Hailey’s message was made public, Selena came out with her own response in a hand-typed screenshot. 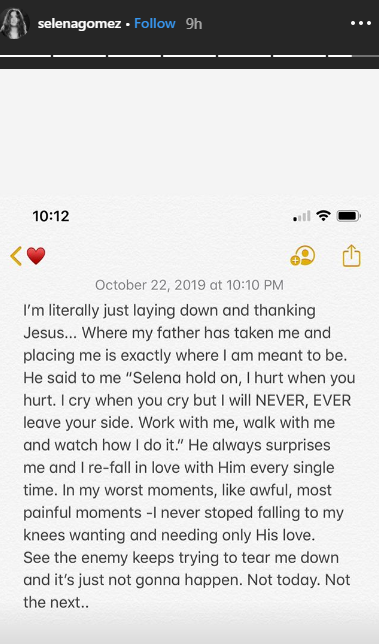 Her note began by thanking Jesus for his grace and help during her difficult times, she shared the epiphany that came in her times of duress.

“See the enemy keeps trying to tear me down and it’s just not gonna happen. Not today. Not the next,” read the note.

Here's the latest track by Gomez: