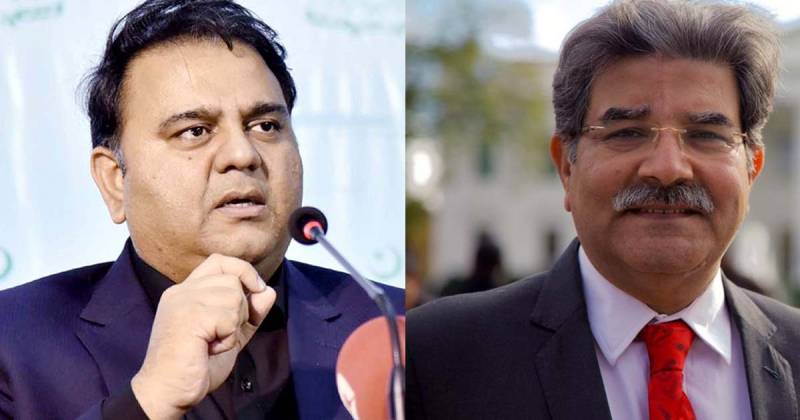 ISLAMABAD – The Islamabad High Court will hear the petition on the disqualification of Federal Science and Technology Fawad Chaudhry for hiding his assets. Chief Justice Athar Minallah will hear the case on November 16.

Senior journalist Sami Ibrahim has claimed that the federal minister did not reveal of the land he owns in Jhelum in his nomination papers for the 2018 General Election.

Earlier former Prime Minister Nawaz Sharif and PTI leader Jahangir Tareen were disqualified under this clause. Article 62 (1)(f) of the Constitution. The provision requires elected officials to be ‘Sadiq and Ameen’ or honest and righteous.

It is pertinent to mention that the federal minister slapped the anchor during a wedding ceremony in Faisalabad in June.

Sami Ibrahim claimed that Chaudhry slapped him without saying a word. The anchorperson claimed that his glasses fell to the ground with the force of the blow but he didn’t respond to Chaudhry.