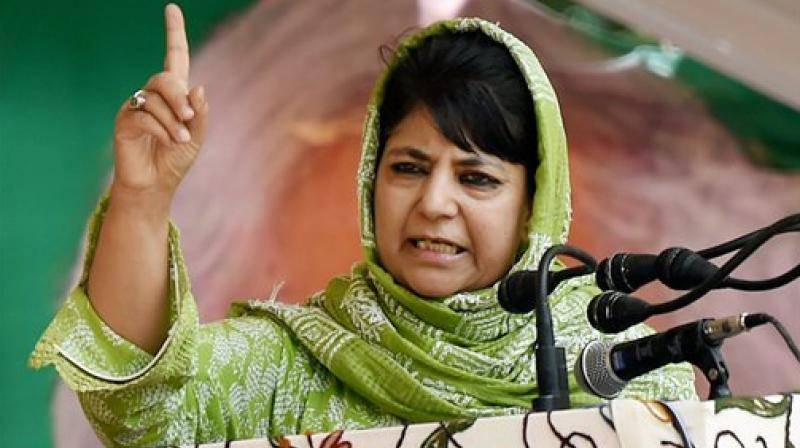 The Indian national flag was removed from PDP press conference in occupied Kashmir, with only Kashmiri and PDP flags on display.

Mufti has said, I have nothing to do with India until the Kashmiri flag and Article 370 are restored. The revocation of Article 370 has internationalized the Kashmir issue and sharply criticized the extremist Modi government, saying that India should follow the constitution and not the BJP’s and RSS manifesto.

“My flag is this Kashmiri flag when this flag comes back, we’ll raise the Indian flag too. This flag forged our relationship with that flag," the former IOJK chief minister said.

61-year old Kashmiri politician was released earlier this month, after being illegally detained for over a year by authorities.

"None of us can forget the insult and humiliation we faced on that day. And now we all have to remember what the federal government did on 5 August - illegally and undemocratically. What they took away from us, we have to take it back," she said in an audio message on Twitter.