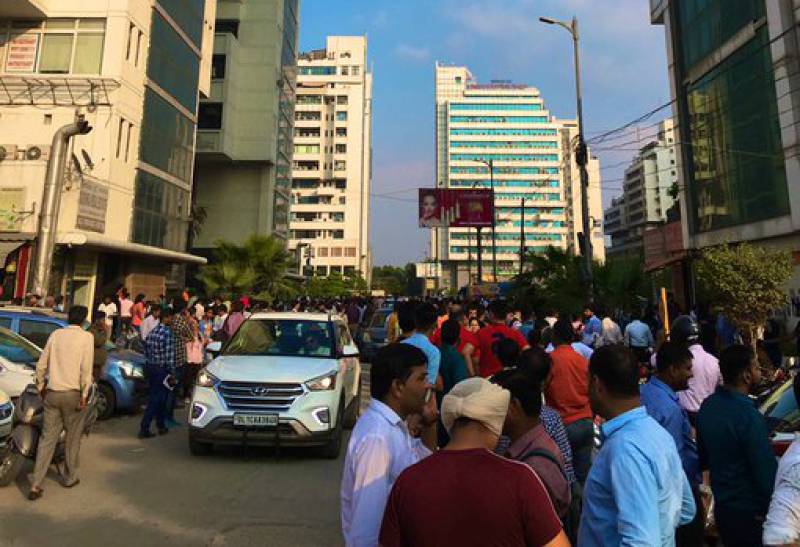 NEW DELHI – A 6.3 magnitude earthquake with its epicentre in Pakistan shook several parts of north India, including the Delhi-NCR region, on Tuesday.

There was no report of any loss of life or property following the quake at 4.33 pm.

"The epicentre was near the India-Pakistan border. The closest big city to the epicentre is Rawalpindi (in Pakistan's Punjab province)," J L Gautam, head of operations at the National Centre for Seismology (NCS) was quoted by Indian media as saying.

J L Gautam, Director operations, National Centre for Seismology: The epicentre of the earthquake was around Pakistan-India (J&K) border. It measured 6.3 on the Richter Scale. We felt it in Delhi too. Tremors were felt in Punjab, Rajasthan, Haryana, Jammu & Kashmir too. pic.twitter.com/LchuhbVq8k

People rushed out of their homes and offices in panic in several places, including in New Delhi, Chandigarh, Rajasthan, Punjab and Haryana.

At least four people were reported to be dead while over 50 injured and roads have been damaged in Mirpur district of Azad Kashmir. There are also reports of walls collapsing in the area.