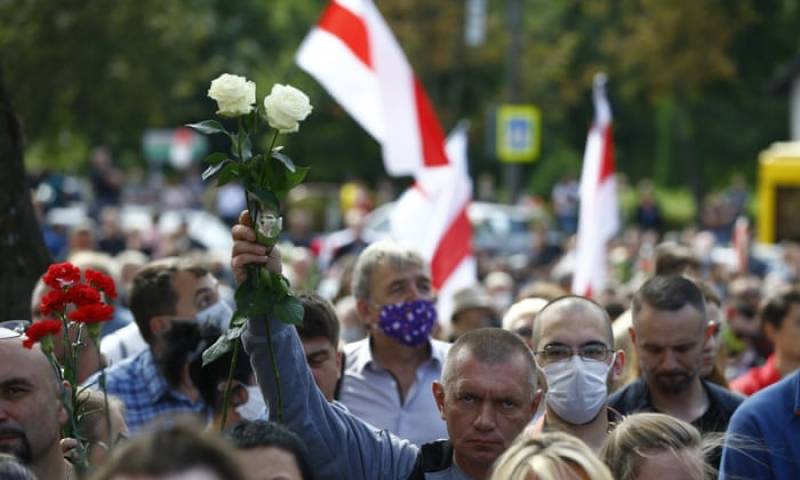 WASHINGTON - The United States (US) Department of State warned Americans to avoid demonstrations in Belarus.

The Department of State Bureau of Consular Affairs said on Twitter that "#Belarus: Gatherings following presidential elections may increase and occur spontaneously. Avoid demonstrations and remain alert as peaceful events can escalate".

"internet and transportation can be disrupted. Prepare a communication plan," it said.

Presidential elections were held in Belarus on August 9.

According to the Central Election Commission, President Alexander Lukashenko won them with 80.1 percent of the vote. The Belarusian opposition claimed ex-presidential candidate Svetlana Tikhanovskaya, not Lukashenko, had won.

Mass opposition protests began across Belarus after the presidential elections. In the first days, the rallies were crushed by law enforcement officers: tear gas, water cannons, stun grenades and rubber bullets were used against the protesters who did not agree with the election results.

In line with official data, over 6,700 people were detained in the first days. Hundreds of people were injured during riots, including over 130 law enforcement officers. Three protesters died.