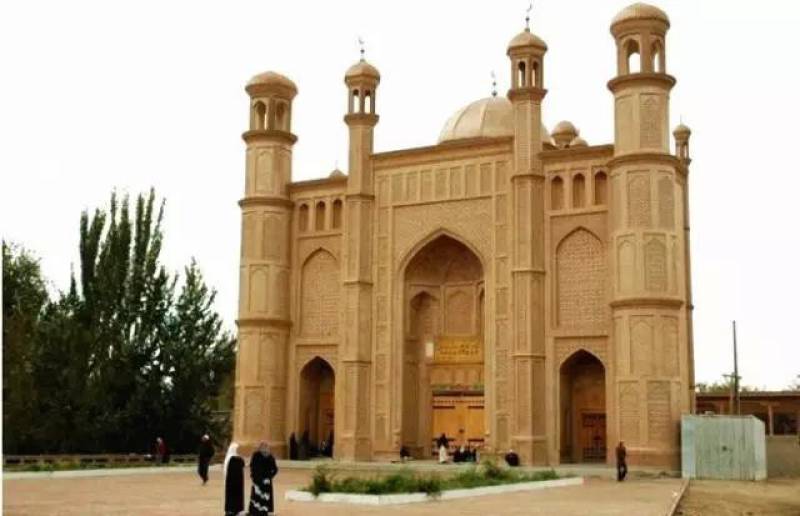 BEIJING – A Chinese law student has clarified his previous tweet in which he had claimed that the 800-year-old Keriya Etika (Aitika) Mosque was demolished by Chinese authorities.

Shawn Zhang has now gathered more information on Keriya Mosque and found that his tweet could be misleading and need some clarification as the prayer place was still in place.

Shawn recently shared some Bellingcat verified satellite images and suggested that only the north gatehouse of Keriya mosque was demolished but the prayer hall remains intact to this day.

While giving details of the mosque he suggested that “a more accurate description of KeriyaEtika Mosque should be: “its alleged 800 year old prayer hall remains intact but its 1990s rebuilt north gatehouse was demolished.”

The Chinese law student detailed the history of the mosque sharing that an article on the website of China’s Bureau of National Religious Affair Administration suggested that Keriya Etika Mosque dated back to 1200 when it was built during Republic Era (1911~1949), with a major repair and renovation in the 1990s.

Contrary to the Bureau of National Religious Affair Administration, the Map of Xinjiang Historical Buildings, published by Tsinghua University Press claimed that this mosque was built in 1665 and has undergone 6 repairs - if even this account is taken as valid, the mosque can be referred to a place of historical importance.

Shawn shared satellite images according to which the whole north gatehouse of the mosque was completely demolished, whereas the main prayer hall was all intact along with the south gatehouse which was still present.

He also shared pictures to differentiate between the two buildings; the prayer hall and the demolished gatehouse. 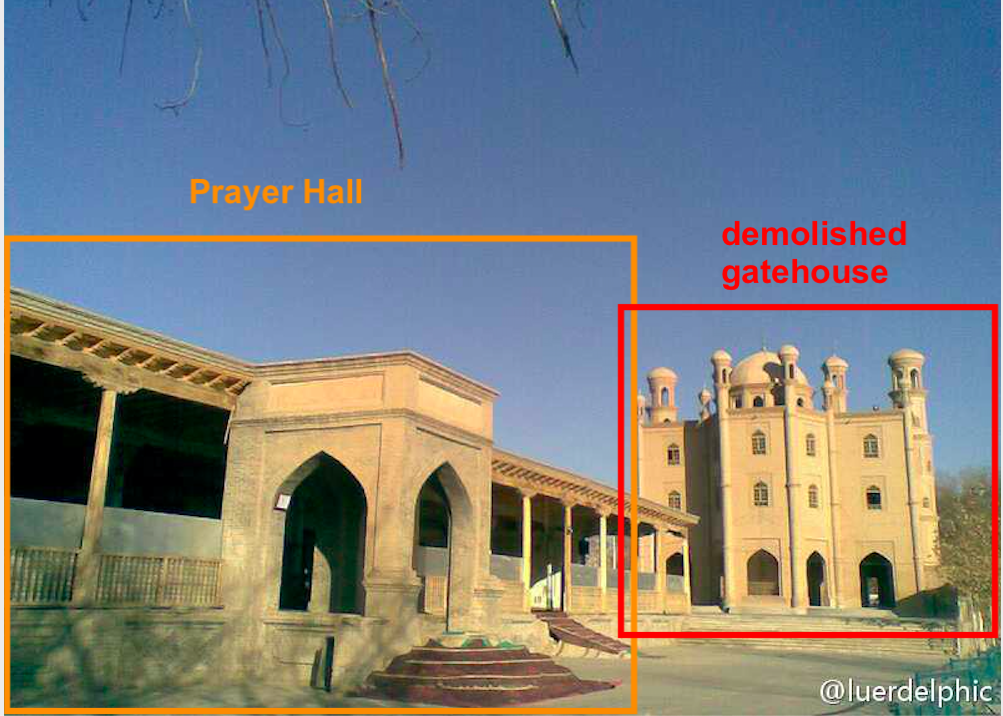 Kargilik mosque major parts, including gatehouse and some halls, have been demolished as shown below.

Furthermore, AksuMoques is completely gone as depicted below.

Moreover, major parts of the Cherchen Mosque are demolished.

The confusion surfaced after scores of social media users and a Twitter handle @SaveUighurUSA shared a story that the mosque was razed to the ground, drawing an analogy with the still standing Notre-Dame Cathedral in Paris.

The article which the tweet pointed to was published by TheWeek in which the same Canada-based law student was quoted who had initially disseminated the fake news that the entire structure was demolished contrary to the facts explained above by himself later.